Without thinking about it, I put a lot of effort into learning how to text. But in hindsight, maybe I shouldn’t have bothered.

Google is hard at work on an AI-based auto-reply system called “Reply” that could eventually roll out to your full suite of chat software: Slack, Twitter DMs, Facebook Messenger, WhatsApp, Skype and the hundred other social apps we need to survive in the 21st century. The feature already exists for Google products like Gmail, where it provides three suggested messages based on the context of the message you’ve just received; if one is suitable, you can send it with a single click. On a mobile device, Reply would even be able to use your location to calculate travel time. 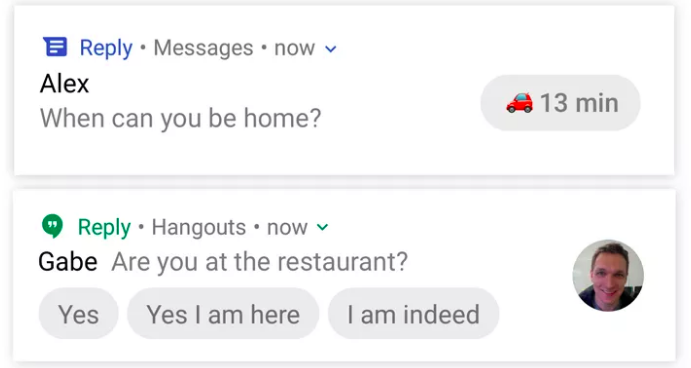 So, great. Now the phone that always knows where I am will constantly remind me that it knows where I am (and that it’s reading everything I read). We’re one step closer to “robots talking to robots,” which actually doesn’t sound that bad, since it’ll give me more time to drink and forget all other obligations; my chat avatar can just wish your chat avatar happy birthday, no need for a wall post. But until then, we must endure the gathering hell of augmented texting, or syntactic autocomplete, or whatever we’re calling this bridge to purely thumbless communication.

Imagine it: Now, when your significant other texts to ask why you’ve been so distant lately, you can accidentally butt-dial them the address of the person you’re cheating with. The future is amazing.

Granted, I like having spellcheck built into the platform, and I don’t expect I’d go back to the medieval T9 keyboard, sometimes hitting a number three times in a row to type one letter. But I sort of hope I’m dead before we’re transmitting thoughts directly at each other.

Please let me stay here in the middle, with the nice emojis?

Except it won’t be long before texting feels as formal as a voice call does now: There’s a tool called Canvas that allows job recruiters to interview prospective employees by text, and as BusinessInsider reports, chat apps “are replacing email as the preferred mode of business-to-consumer interaction.” They also make it easier for your boss to monitor any workplace interactions. All the channels you had for virtually goofing around with your pals are going corporate, baby!

Or how about this: You know how occasionally you’ll workshop texts with friends, like when you’re trying to flirt with someone but don’t want to come on too strong? Well, picture a world in which you have no friends and no access to Reddit but still want advice from people unqualified to give it. The solution is an app along the lines of Textpert, in which you anonymously ask other anonymous users for solutions to your intimate (?) texting quandaries. It’s been a few years, and Textpert hasn’t exactly caught on yet; whatever does is sure to be much worse, and maybe a touch more invasive.

What it all comes down to, though, is a weird refusal to form your own sentences. This could be my bias as a writer, but I tend to see the upside of individual expression!

Of course, where capitalism is concerned, that concern is completely beside the point. To hear the corporations tell it, people want to use their phones like they would an ATM — which is why RCS, or Rich Communication Services, are bound to conquer our screens. It’s about giving you menu options and automating a lot of stuff that a human being would ordinarily do with their voice, while streamlining the addition of your various grown-up appointments to your calendar, etc.

This seems fine for, say, ordering a pizza (it’s pretty close to how we use Seamless), I just doubt we can prevent that functionality from creeping into our personal conversations. Once you can only speak in the prescribed phrases offered by a given chat app, semantics are going to get pretty darn funky. You think reading the subtleties of tone in a text is hard now? Wait until you suggest a place for dinner and get a pre-written algorithmic reply.