Sometimes, the “good” version of you — the one that successfully holds down a job, keeps a relationship together and maintains a semblance of a normal life — is eclipsed by a different one: Enter Drunk You. This is the you that thinks eight cheeseburgers is a reasonable dinner; that sees a fistfight as a valid response to being bumped into; that thinks, hey, it’s really important that I tell my much-more-sober boss every detail of the last 10 years of my sex life. Drunk You is the you that tries to loudly undo all the good that Sober You does, a rampaging super-nemesis hellbent on your destruction.

But as the ancient expression goes, In vino veritas — “in wine, truth.” Is, as some people believe, Drunk You just the real you, let loose from their cage by the inhibition-squashing effects of alcohol? Or is it some mutant transformation that occurs in our brains when sozzled? We turned to the experts for help.

Does alcohol give me a different personality?
This is a surprisingly complicated question, not least because personalities themselves are hard to define. “There is a real debate about what a personality is,” says Rachel Winograd, an assistant research professor at the Missouri Institute of Mental Health. “Does everyone have a core personality? Or is our personality totally dependent on where we are?” We show very different versions of ourselves in different situations — the you playing poker with your buddies is very different to the you that’s having lunch with your girlfriend’s grandmother — so Winograd argues that maybe Drunk You is just one more aspect of your personality, no more or less valid than any of the others.

Interestingly, no one notices the change in personality from Sober You to Drunk You more than, well, you. “I found that if you ask drinkers to report on how they think they are when they’re sober and how they think they are when they’re drunk, you see big differences. But if you ask strangers who are watching those people get drunk if they notice any differences, they really only see the difference in extraversion, and that’s it.” In other words, even though you might wake up the next day in a panic about just how crazy you acted the night before, to the casual onlooker, nothing much changed except for the fact that whatever you did, you did it louder than normal. “A lot of your personality is hard to see — it’s in your head, it’s your mood,” explains Winograd. “We’re able to report on it, as a drinker, better than someone else who is just watching us.” 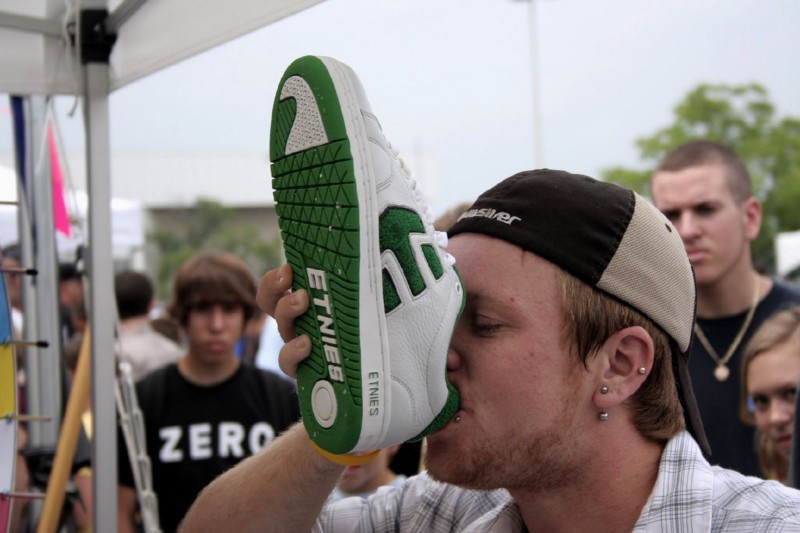 This said, since alcohol is known to affect your personality by physically altering your brain chemistry — doing things like increasing aggression and lowering inhibitions — it can be argued that it is, indeed, shaping the form that Drunk You takes. “If you’re asking if alcohol changes your personality,” says Winograd, “Then we have research to suggest that, yeah, it does.”

If alcohol influences how I behave, does that mean Drunk Me should get a pass for whatever dumb thing I did last night?
The short answer here is that alcohol may be a reason, but that doesn’t necessarily make it an excuse. “You had a choice to pick up that drink, and that second one, and that third one,” says Winograd. “That being said, blackout is real, and people will do things while they are — even though they’re still walking around — effectively unconscious. They may do things they never would have done if they were sober. Does that mean that they are not responsible for it? No — they’re still responsible for it, but it may be true that they didn’t have the intention of doing it.”

Why does Drunk Me sometimes turn into such an angry, raging douchebag?
The answer you probably don’t want to hear is that maybe you’re just an angry person in general, and that alcohol amplifies this. But it’s also true that, at a chemical level, alcohol affects the prefrontal cortex of the brain — the part that deals with complex decision-making and, while sober, the part most responsible for keeping you out of trouble. It also messes with your serotonin levels, and since people with lower levels of serotonin tend to be more violent, booze can be a shortcut to a furious shoving match. 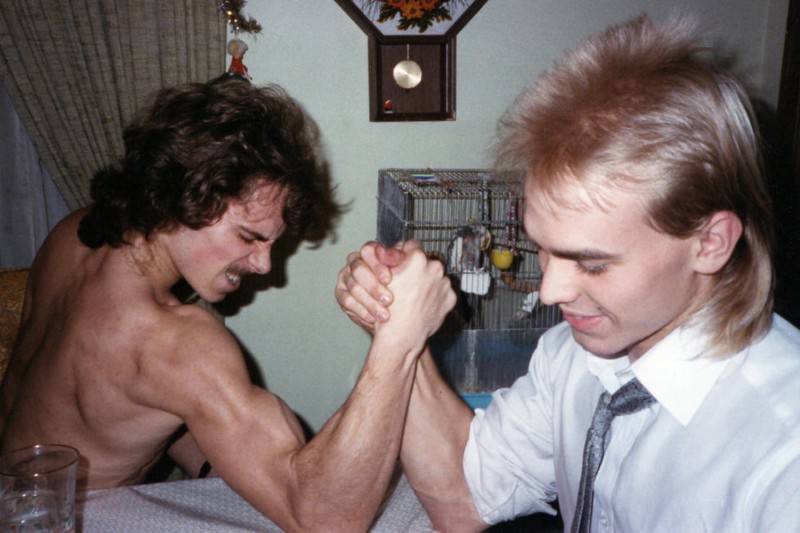 The bad news for problem drinkers is that, over time, these anger issues are only going to get worse. “Angry rages by regular drinkers are often the result of being deprived of REM [Rapid Eye Movement] sleep — the most restorative kind of sleep,” says Nicki Nance, an assistant professor of human services and psychology at Beacon College in Leesburg, Fl. “Drunk people pass out straight into deep sleep. Depriving anyone of REM sleep for several nights in a row — even if they never drink — will make them irritable, suspicious, and even paranoid. If you couple that with the released inhibitions [that come with alcohol], it writes the script for a drunken rage.”

If Drunk Me is just regular me with no inhibitions, does that mean Drunk Me is more honest than Sober Me?
Since we tend to spill our guts when we’re hammered, it’s tempting to assume that this is the long-guarded truth that’s finally found an outlet. But this isn’t always the case. “For some people it’s true; for others it isn’t,” says Winograd. “It’s based on what their motives are. If this is something they’ve been keeping inside them for a while and let it out after a few drinks — and it sounds sincere — then I’d say it was probably something they’d kept bottled up inside them. But we also know that sometimes, we get carried away and misspeak. Alcohol can cause that to happen, so we shouldn’t always hold people to what they said when they’re drunk.”

Can I change Drunk Me? If Drunk Me always gets depressed and weepy, is there a way to make it so Drunk Me gets happy, instead?
Sadly, this is extremely unlikely. “If you’re someone who cries every time you get drunk, it might be time to either cut back or just accept that that’s how it is,” says Winograd. “You can’t just snap your fingers and say, ‘Be different,’ any more than you can when you’re really sad when you’re sober. You can’t just snap out of it.” 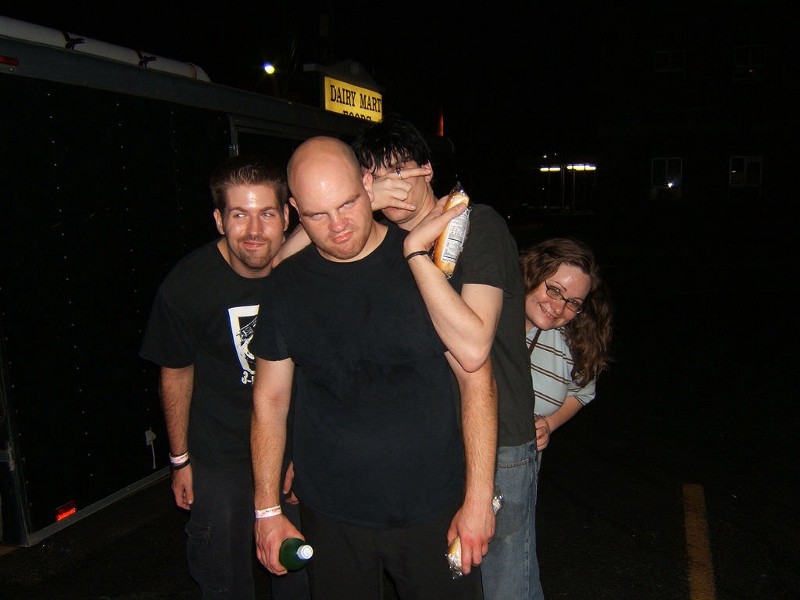 Nance paints an even bleaker picture, claiming that, over time, the reverse is more likely: That a happy drunk will become a depressed or angry drunk. “With continuous drinking, people have more and more sleep disturbances, therefore more and more mood issues. Drinking can cause losses in relationships, finances and physical health — this can all create enough stress to trigger a depressive reaction.”

The slim silver lining here is that, according to Winograd, it’s at least possible to affect some of your drunken behaviours, if not your mood. “You can do things to shape your behaviour by employing some different behavioural strategies,” she says. “If you know that you’re really irresponsible and reckless when you get drunk, then while you’re still sober, hide your car keys and credit card, only take a $20 bill, and make sure you’re not wearing anything expensive. Don’t set yourself up to fail by driving drunk and ruining your clothes. You can prevent some consequences from how you are when you drink by making better behavioural choices [when you’re sober].”

Is all the crap that Drunk Me eats — late night junk food binges, etc. — what Sober Me wants to eat all the time but won’t let myself, or is that a craving that’s caused by alcohol?
It’s certainly true that alcohol can make us crave junk food: Studies suggest that a brain chemical called galanin is behind our cravings for booze and fatty foods, and when we can no longer stomach the idea of drinking more alcohol, we turn instead to junk food to satisfy said cravings. But the over-ordering that tends to come as standard with a drunken binge seems to be more a “Screw you” from Drunk You to Sober You than anything else. 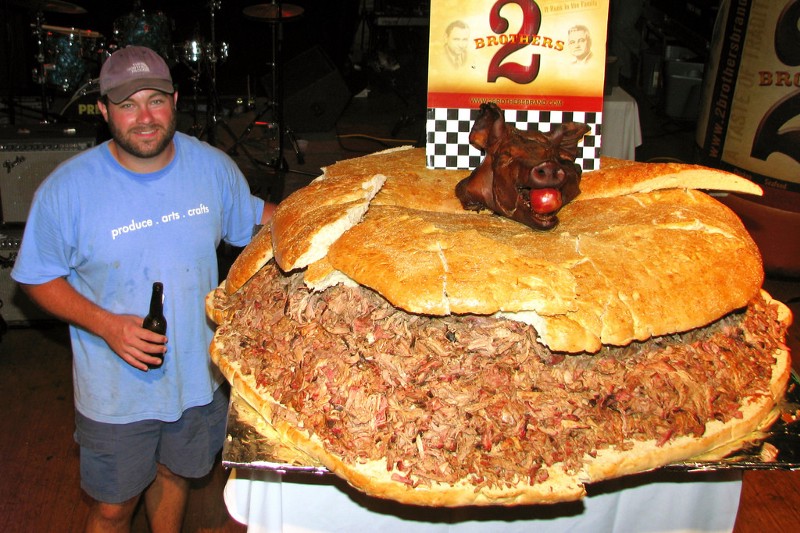 In the case of someone who’s normally pretty careful about their diet, Winograd says that, “It’s much more of a reflection of lowered inhibition than it is alcohol making you crave a specific type of food. We all want to eat a pile of junk food, right? But we don’t let ourselves during the course of a normal day. Then you drink, and suddenly there are fewer barriers between you and that pile of food. It’s analogous to the person who has a crush that they’ve been bottling up and then let it out when they’re drunk, because there isn’t much holding them back anymore.”

So… is Drunk Me the real me?
As we’ve seen, there are many different aspects of your personality that can be directly affected by alcohol. But how does it work as a whole? Is the you that emerges from the bottom of a bottle the real you, unfettered by the constraints of polite society? Certainly, Drunk You is not a completely different animal to Sober You. “Staples of temperament and personality persist in people, whether they are drunk or sober,” says Nance. “Alcohol does affect some people differently, but their responses are probably more a function of who they are when they aren’t drunk.”

But maybe there’s a more positive way of looking at this. The idea that Drunk You — a whirling dervish of potential disasters — is the true you that’s normally kept hidden does Sober You a huge disservice. Barring an alcohol abuse problem, the majority of your life is spent as Sober You, and that’s the you that makes all the most important decisions — the you that gets up for work, that pays the bills and feeds the kids. It’s the you that does all the hard work and deserves a break by letting Drunk You out to play once in a while.

“I’d say that the real you is how you are every day,” says Winograd. “The intoxicated you is just a side of you. The you that’s on top of it, that’s eating healthily, that’s keeping everything together — that’s the real you. Give yourself some credit.”

I’ll drink to that.