Showers as we know them today are hot and steamy. But they weren’t always that way. In fact, “history has been divided between washing yourself with hot water and washing yourself with cold water,” according to Katherine Ashenburg, author of The Dirt on Clean: An Unsanitized History. To find out exactly how divided, we talked to Ashenburg to track the water temperature of our favourite feel-good morning ritual from Ancient Egypt to the Middle Ages to today.

Ancient Egypt (1500 B.C.)
Ancient Egyptians were fixated on (and perhaps a little obsessed with) cleanliness. And while most of the general public bathed in the Nile, some of the wealthiest Egyptians had separate bathrooms in their homes where servants would cart in water to be poured over the bather’s head. Sometimes the water was cold, but most palaces were equipped with stoves to heat it up. 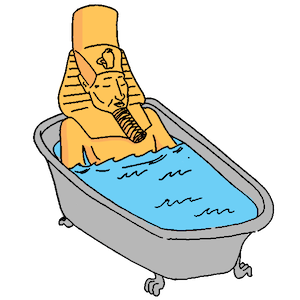 Ancient Greece (100 B.C.)
The Ancient Greeks invented what we call the modern shower (more or less). “At first, they were nothing but a hole in the wall,” Ashenburg explains. “The person being showered would stand on one side, and a servant would pour water through the hole.” Eventually, public showers, complete with lead plumbing and intricately carved showerheads, became commonplace, especially in gymnasiums. These showers were typically cold because warm-water bathing was thought to be unmanly. Plato, in his final dialogue titled The Laws, even suggested that hot baths should be reserved for the elderly, while the notoriously badass Spartans believed that a freezing cold bath prepared their minds and bodies for battle.

Ancient Rome (33 A.D.)
The Romans took Greek plumbing one step further by building massive aqueducts that made their famously extravagant bathhouses possible. By 33 A.D., there were 170 baths in Rome alone, and with those massive baths came hot water. Though not everyone was so fond of the Roman’s penchant for warm-water bathing. According to Ashenburg one theory as to why the Romans thought their empire had fallen was that “they got used to hot baths, and so they became effeminate and weak.”

The Middle Ages (5th century — 15th century)
Public bathhouses also were common during the early Middle Ages, but they weren’t nearly as luxurious as the Roman baths. In general, those who lived during this time primarily were focused on cleaning their hands, feet, neck and face in a small water basin, rather than taking a full-on bath. If you had money, though, you could purchase a wooden tub with a tent over it where servants would bring you hot water and herbs to soak in. But once the Plague struck, hot water got a bit of a bad rap. “The thinking was that hot water opened up your pores and let disease in, which, of course, isn’t the case,” Ashenburg explains. 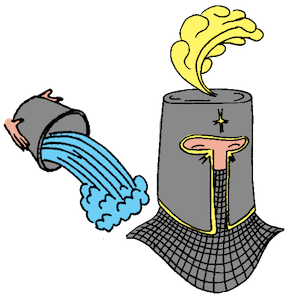 Early 19th Century
The early 19th century saw the invention of the English Regency shower, which was comprised of metal pipes painted to look like bamboo and a hand pump that would lift water out of a tank and spray it from a pipe that sat at shoulder height. Cold water was still the norm—especially in England, where upper-class males believed that a cold bath in the morning prepared them for the day to come. Charles Dickens even installed a shower in his London home at the time, claiming the cold water helped ready him for work.

Late 19th Century
English painter Benjamin Waddy Maughan patented the first residential water heater. It used natural gas as the heat source, but lacked proper ventilation, so it wasn’t exactly safe—behold the Exploding Shower! Twenty or so years later, though, American Edwin Ruud tweaked the concept by adding some much-needed safety features—namely, a vent. Still, only 24 percent of American homes had running water by the 1890s, so if they wanted to take a warm shower and didn’t have plumbing, they had to heat up the water on the stove. 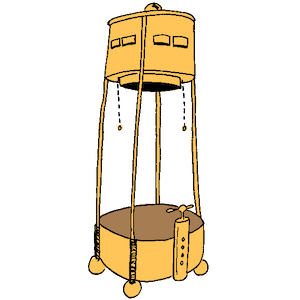 20th Century
Once indoor plumbing became commonplace in America, hot showers were all the rage. “Comfort in the history of American hygiene was more important than being manly or being brave, so warm showers more than likely first took off in America, which, at the time, had better plumbing than any other country in the Western world,” says Ashenburg.

Today
More than 70 percent of Americans shower at least once a day, and hot showers are by far the preference. Cold showers are gaining in popularity, though, thanks to dermatologist’s warnings concerning the dangers of hot showers. But for now, heat and steam are here to stay.