Don’t want summer to ever end? Here’s the trip you’d need to take to make it last forever…or at least, a year.

By this point in the summer, you may well be craving the sweet embrace of fall. But for those wishing summer could just go on and on, this is where you’d need to go.

June, July and August
Assuming you’re starting this year of sun by spending summer in the good ol’ US of A, head west of the Rockies, as anything east of there is prone to sweat-inducing humidity. Surprisingly, Seattle is a near-perfect summer destination: Comfortable temps in the high 70s, almost zero rain (in those months, at least) and, due to being so far north, longer days than the lower states.

September, October and November
When fall lands, get your butt to Southern Europe. Spend September on a city break in Rome, where it’s around 73°F and starting to empty out its glut of summer tourists; hit the beach on the Greek island of Rhodes in October (average daytime high of 76°F); then swan off to enjoy its Mediterranean neighbor, Cyprus, in November, which will still be hitting a delightful 72°F most days.

December, January and February
With summer in the Southern Hemisphere hitting its peak now, anywhere south of the Equator will be warm. Forget South America unless you like endless rain, though: For many countries there, it’s also the wet season. Instead, jet to Southeastern Australia, where it’s in the high 70s and Christmas is celebrated with barbecues on the beach (and, yeah, possibly the odd festive shark attack).

March, April and May
End your sickening-to-everyone-you-know 365-day summer vacay by kicking it in the Caribbean. The ocean starts to warm up in March and April — especially around southern islands like Barbados and St. Lucia — and you can mostly avoid May’s brief rainy season on one of the drier islands close to the Venezuelan coast, like Aruba or Curaçao. And after that? Get back to work, jeez! 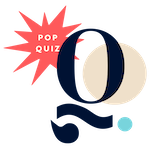 To get away from sunlight, the Boötes void, a supervoid 330 million light-years in diameter, would be a good place to start. But what is its nickname among astrologers?

A: The Large Blank
B: The Great Nothing
C: The Big Nada
D: The Really Humongous Terrifying Yikes-o-rama 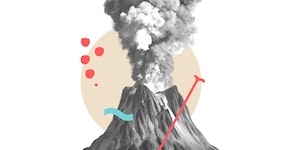 Why Am I Getting Acne at My Age?

“The main reason we get acne as teenagers is because of a hormone surge that causes the sebaceous glands to produce excess oil, which clogs the pores, causing an outbreak of pimples,” explains dermatologist Anthony Rossi. While women tend to be more likely to suffer from adult acne outbreaks due to hormone fluctuations, men can be afflicted too, most likely due to plain old sweat. Sweat acts like a pipe cleaner for our pores, pushing out any dirt and grime lodged in our skin. That sweat and dirt mixture will settle back into your pores if you give it the chance, though, so be sure to wash your face after doing anything sweaty. Yes, even that.

Shameless Plug
IMPORTANT REMINDER: Acne is a pain in the butt/face/chest/back/etc. Dealing with acne doesn't have to be, with the Bump and Zit Shave Kit!

Oh FAQ: How Do I Shave With Acne? 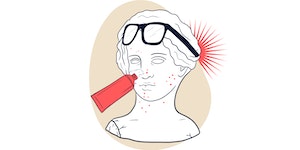 1. Step one, wash that face! You want to open up your pores and wash away any grime or dead skin. Next, really lube up your face with Shave Butter — it’s clear, so you can see exactly what you’re shaving. 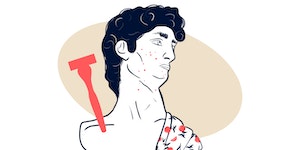 2. Use our 4-blade razor on acne-prone skin — its optimally-spaced blades rinse easily to help prevent the build up of hair, dirt and oil that can contribute to acne. Shave gently, and always with the grain. When you’ve finished, wash and moisturize your face. Done!

Shameless Plug
UNEVEN TERRAIN AHEAD? Choose something designed to navigate those bumps. And by "something," we mean the Ultimate Bump and Zit Shave Kit! 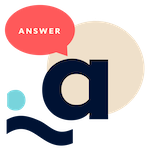 B
The so-called Great Nothing isn’t empty, as was first thought: It contains 60 known galaxies, but in a space that would normally house at least 2,000. Per astronomer Greg Aldering in Discover magazine, “If the Milky Way had been in the center of the Boötes void, we wouldn’t have known there were other galaxies until the 1960s.” Freaky!