The Truth Behind Spoooooky Grooming Myths

There are a lot of horror stories around shaving — let’s see which are true, and which are big, hairy lies.

Since we’re counting down to Halloween, we thought we’d get into some weeeiiiirrrrd grooming myths and see if we can bust the fakes once and for all. Because, well, bustin’ makes us feel good (sorry).

Shaving Makes Your Beard Grow Back Like a Werewolf
False! It’s truly shocking how prevalent this myth is, but it’s patently false. While shaving can make it look as though your beard hair grows back thicker, what’s actually happening is that shaving leaves your beard hairs with blunt ends, rather than their naturally tapered tips. End result, your hair looks a little thicker, but isn’t.

Manscaping Stops You Smelling Horrific
True…ish. Hair is really good at trapping smells (think about how the hair on your head smells after sitting around a campfire), so losing the pit hair means tossing out what is essentially a B.O.-soaked sponge. You’ll still experience some odor, since your pits (and groin) contain apocrine sweat glands, which produce a greasy, high-protein sweat, and the bacteria that actually cause B.O. love that stuff. But that’s the other advantage of shaving the hair in those areas — it denies the bacteria a big chunk of hairy real estate.

Your Beard Is Filthy and Should Be Banished
False! Well, okay, your beard is filthy — you might remember a Swiss study from a few years back, which found that men’s beards generally had more germs in them than dog fur, including Staphylococcus and various kinds of fecal particles. But despite this, a beard may still do you some good. A study published in the Journal of Hospital Infections recounted how researchers had swabbed the faces of 400 male hospital staff, and found that clean-shaven men were three times as likely to have the antibiotic-resistant bacteria known as MRSA on their faces. An analysis from the BBC offered an intriguing explanation: Beards contain at least one microbe that’s part of a species called Staphylococcus epidermidis, which actively kills harmful bacteria. So that’s definitely a point in favor of the face fuzz. 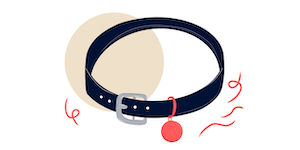 A Swiss study from a few years back found that men’s beards generally had more germs in them than dog fur.

Going Bald Makes Your Nose and Ear Hair Spring To Infernal Life
True! It’s not all in your mind, your nose and ear hair really do blast into overdrive at around the same time the hair on your head is waving a white flag. And it’s not a coincidence! You can blame it on dihydrotestosterone (DHT), a byproduct of testosterone. As we age, many guys’ head hair develops a sensitivity to DHT, which kills hair follicles, leading to hair loss. Weirdly, though, DHT acts like steroids on previously lightly-haired parts, like the ears and nose, and they become the bane of our grooming routine ever after. As to why this happens, science doesn’t know yet, but the obvious answer seems to be that nature hates us. 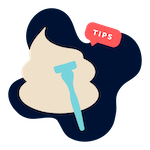 Here’s an even spookier myth worth looking at: It’s commonly believed that your hair and nails continue to grow for a while after you die. In reality, this is an optical illusion caused by the fact your skin shrinks back as your fluids dry up. So now you know! 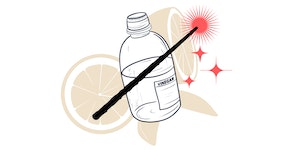 Hack up These Ghastly Grooming “Hacks”

The So-Called Hack: Putting toothpaste on zits
The Reality: Toothpaste will just dry out your skin (and make your face minty). Use a dedicated topical cream with salicylic acid instead.

The So-Called Hack: Bleaching your hair with lemon juice
The Reality: Yes, the fruit’s citric acid might lighten your hair. But it’ll also make it go dry and frizzy.

The So-Called Hack: Treating razor burn with milk
The Reality: Milk contains none of the necessary active ingredients — you need a dedicated post-shave cream, something with aloe and other anti-inflammatory components.

The So-Called Hack: Using vinegar as antiperspirant
The Reality: All this is going to do is make your pits smell like vinegar. A real antiperspirant temporarily blocks your sweat glands (and tastes terrible in a salad dressing).

Shameless Plug
AND NOW, A VERY SHORT PLAY ABOUT BODY SHAVING "I can't get to grips with all this body hair!" - You "You can now!" - Our new Body Shaver with no-slip grip 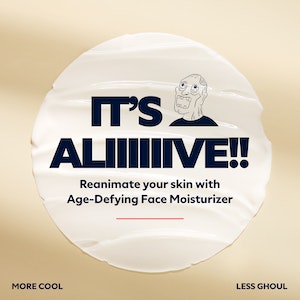 Oh FAQ: What Happens if I Stop Trimming My Nails? 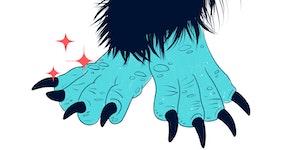 1. Nothing you’d want to see outside of a horror movie! Your nails are made of keratin, the same tough protein that forms the hooves and horns of other animals. They grow at a rate of roughly 3mm a month. 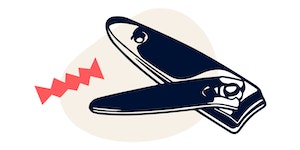 2. And they just keep growing! The current world record holder has nails measuring a combined 42 feet, with the longest reaching 4 ft 6.7 in, all by itself. They took 25 years to reach that long, but maybe don’t wait to trim yours?

Shameless Plug
EXCEEDINGLY LONG TOENAIL ALERT!!! YOUR TOENAILS ARE TOO DANG LONG Welp, looks like it’s time to bust out the Tool Kit 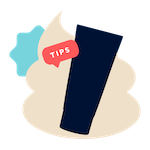 Having trouble taming your wild facial hair? Wait for the night of the full moon, then soak it in a 1:1 mix of garlic oil and holy water until sunrise. Alternatively, just shave it off?