I’m lying in a 104-degree red brick sauna littered with 1,000-year-old salt minerals at Wi Spa in the Koreatown neighborhood of Los Angeles.

Every so often, a middle-aged Asian man next to me grabs a fistful of sodium-drenched stones and holds them close to his chest while inhaling deeply, basking in the alleged therapeutic properties.

I attempt to follow suit, but sneeze twice instead.

I’ve been in here for nearly 15 minutes, the suggested time limit, and besides sweating through my shorts, I haven’t experienced anything physiologically notable. That said, I’m decidedly relaxed — it’s a sauna, after all — and relieved when my sluggish left sinus releases its grip on a week’s worth of phlegm. Judging from the chorus of hocking patrons on the other side of the room, I’m not the only one enjoying such a relief. 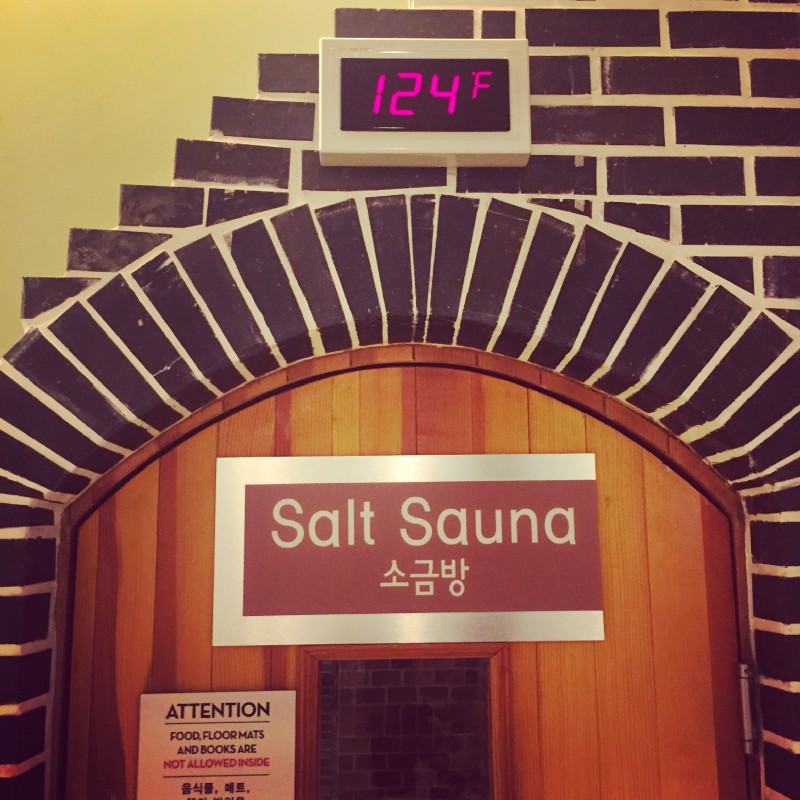 While not in the form of saunas, dry-salt therapy, or halotherapy, has been around since the 1830s, when Polish physician Feliks Boczkowski noticed that workers chiseling in the salt mines of Eastern Europe rarely had respiratory issues—and did have great skin.

“Halotherapy remains a medical treatment in some European countries,” explains Leo M. Tonkin, founder and chief executive of Salt Chamber, a supplier of dry salt therapy equipment based in Boca Raton. Tonkin tells me that he’s visited numerous salt caves in Poland, which are currently active as health resorts. In 2012, he thought, Why hasn’t anyone done this in America? “Just like steam saunas and other modalities,” he says, “the States are always the last adapters.”

In 2012, there were a dozen halotherapy facilities nationwide, Tonkin explains; now there are roughly 350 locations offering salt therapy — everything from spas at the Four Seasons to local mom and pop outposts. 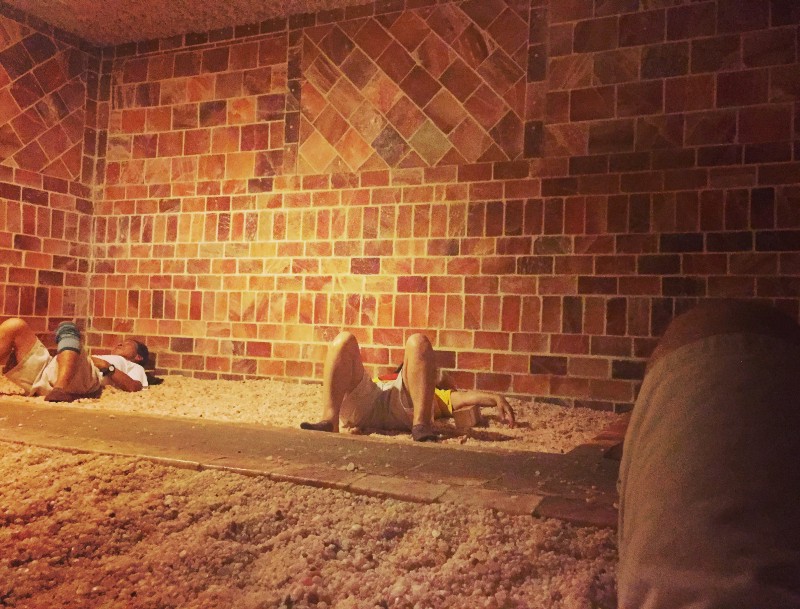 Tonkin says the primary benefits of halotherapy are threefold:

One such beneficiary? The daughter of Tracy Moore, a staff writer at MEL. “I took my 5-year-old to the Salt Studio in Pasadena because whenever she got a cold, it always threatened to turn into bronchitis. I read it was a great way of alleviating congestion, so we went to the kids’ room and she played in a sandbox full of salt. It left us feeling loopy and a little light-headed — but breathing deeply and clearly — and cut her colds down by a few days every time we went.”

Better yet, according to 41-year-old J.C. Gabel, a longtime fibromyalgia sufferer: “If you’re going to go the natural route [for a condition like his], the salt baths are like the weekend getaway therapy. The Western approach to most chronic pain illnesses is opiate meds. This is a great old wives’ tale that actually turns out to be true.”

But despite these endorsements and those of numerous international studies, the U.S. medical community — including Big Pharma — has refused to pass the salt shaker. Sure, some people with lung disease feel better after spending time sitting in salt caves, admits Dr. Norman H. Edelman, a senior science adviser at the American Lung Association, but he remains skeptical. “Fads are fads,” he says. “People feel they’re getting benefits from all kinds of things they’re not getting benefits from. Call it a placebo effect or whatever you want. But I don’t know of any scientific studies showing that it improves anything, and I’d be highly doubtful of any such international studies that have been done.”

As for me, after 20 minutes, I close my eyes and take a final inhale. I feel neither better nor worse than when I entered the Salt Sauna — just sweatier, thirstier and $25 poorer.

I do enjoy sneezing afterward, though.