As recently as the late 1990s, the idea that someone would ever take a nap in their office was outlandish enough to become a story arc on Seinfeld. But these days, more and more people are making the case for a quick siesta at work. The benefits are obvious: Rather than spending the afternoon sluggishly goofing off, a bleary-eyed employee can be returned to a state of rejuvenated, hard-working efficiency, all for the price of a 30-minute snooze. So why don’t businesses allow this?

The short answer, according to Terry Petracca—an HR pro with over three decades of experience, currently serving as DSC’s HR guru—is that most companies don’t allow napping simply because, well, most companies don’t allow napping. “There would have to be a cultural shift,” she explains. “There are companies that don’t even give employees free coffee—do we really think they’re going to give people nap pods?”

In other words, it’s a self-fulfilling prophecy: Until society comes to regard nap breaks as a normal thing, they’re not going to become a normal thing. 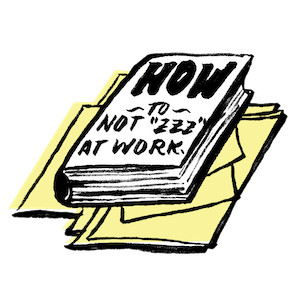 Despite some notable businesses—such as Google and Uber—introducing the practice, it also would prove difficult for the average company. This is in part, Petracca says, because it would clash with their established office cultures. Picture an organization that is, in every other respect, a normal, 9-5 sort of place, suddenly announcing it’s going to introduce nap breaks: the result would be mass confusion. “It would be so out of the norm that everyone would go, ‘What the hell does this mean? By introducing the nap pod, are they expecting us to work 80 hours a week, plus weekends?’” says Petracca.

There are more practical, day-to-day problems, too, including the monitoring of nap lengths (assuming that people would work on an honor system, there’s little to stop them from taking advantage in the form of four-hour naps), and issues around intrusion. “I’m thinking specifically about the American Disabilities Act,” says Petracca. “What happens if you start noticing that someone is napping every day for several hours? I may then want to ask you, ‘Is there something going on?’ But I have to be very careful how I approach that without intruding on your personal health issues that you haven’t voluntarily shared with me.”

Petracca does believe there are other useful things businesses can do for their workers. The key, she says, is to look at the reason why people need to nap. If someone has two more jobs besides their regular one in order to pay off their outrageous student loans, they don’t need a nap: they need help. 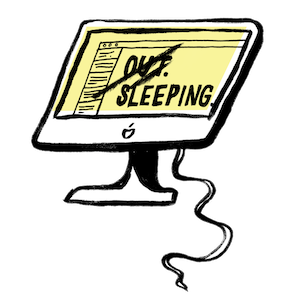 “Maybe it’s useful to have nap pods, but it may be more useful for companies to offer financial counseling, or financial educational seminars, to help them deal with the things that are keeping them up at night,” says Petracca. “Companies have to understand what their employees actually need.”

In the meantime, you’re probably best napping at work the old-fashioned way—curling up under your desk with a blanket and hoping your boss doesn’t notice your snoring.