With Tax Day nearly here, we’ve got money on our minds—one dollar bills, to be exact. In addition to being able to buy you a soda, each note contains a wealth of information about when and where that very bill was printed. Here’s what every symbol on a dollar really means: 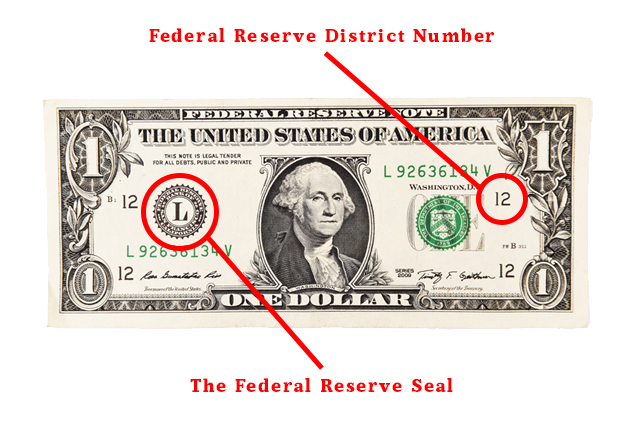 12 different Federal Reserve Banks are responsible for printing paper money in the U.S. You can figure out which of the 12 printed your bill by looking at the letter in the Federal Reserve Seal to the left of the portrait of George Washington, or listed just before the bill’s serial number. A corresponding Federal Reserve District Number code can be found in four locations on the same side of the bill. Here’s a reference to the bank codes: 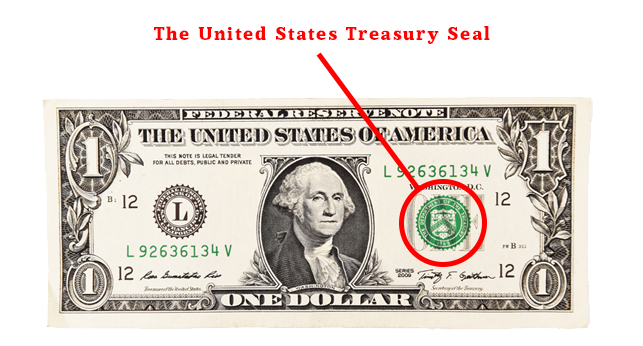 The green seal stamped over the word “one” to the right of Washington’s portrait is the United States Treasury Seal, which contains balancing scales to represent justice, a key (the symbol of office authority) and a chevron with thirteen stars to represent the 13 original states. 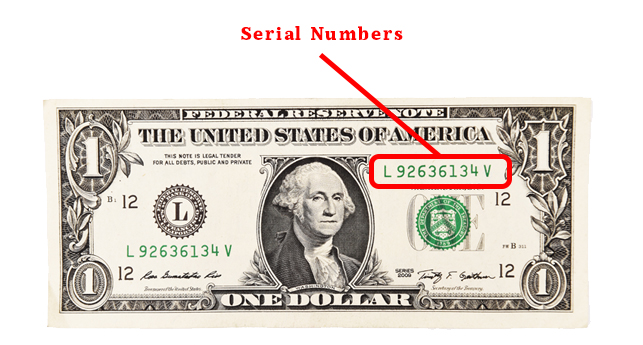 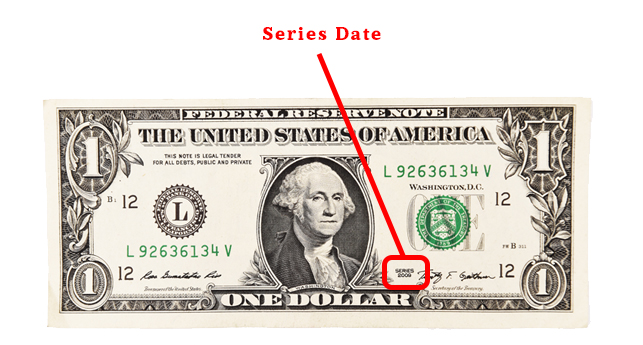 The series date, which shows the year a note was printed, can be found in the lower right quadrant, between the portrait of Washington and the signature of the Secretary of the Treasury. There isn’t a new series printed each year, though—a new series will only result from a change in the Secretary of the Treasury, the Treasurer of the United States or a design change. If a new Treasurer of the United States is chosen, a letter such as “A” will also be added to the end of the current series year. 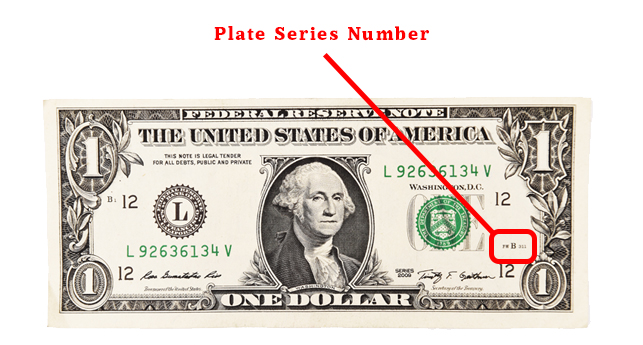 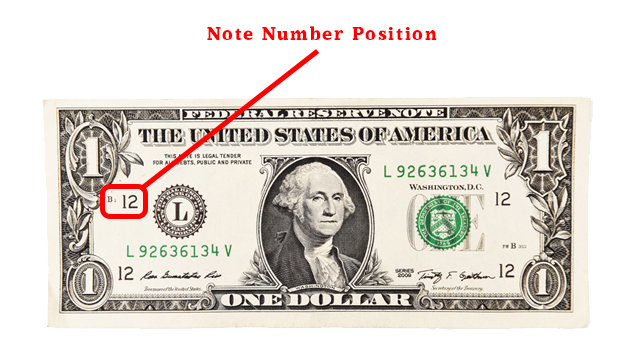 The note number position is a letter followed by a number, and can be found in the upper left hand corner of the bill. It indicates which position on the plate the bill was printed—the number notes the quadrant, and the letter notes the position within that quadrant. Here’s how this would look on the plate:

The Great Seal of the United States 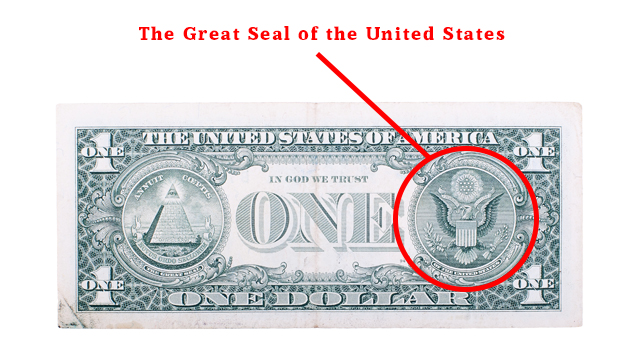 Found on the back right of the bill, the front of the seal shows a bald eagle holding an olive branch in one claw and 13 arrows (referring to the 13 original states) in the other: This symbolizes that the United States has a desire for peace, but will always be ready for war. In front of the eagle is the national shield, which sports 13 vertical stripes to signify the 13 original states joined under one force. The latin motto, “E Pluribus Unum,” written on the ribbon hanging from the eagle’s beak, translates to, “Out of Many, One.” 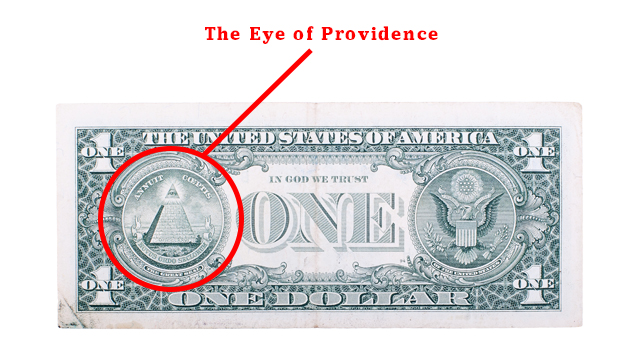 On the back left of the bill is a pyramid underneath the Eye of Providence (or, the Illuminati symbol if you’re into conspiracy theories), which is the symbol for permanence, strength and God watching over mankind. 1776, the official beginning of the United State’s nationhood, is written in Roman numerals at the base of the pyramid. The latin motto above the pyramid, “Annuit Coeptis,” translates to “He [God] has favored our undertakings.” “Novus Ordo Seclorum,” which is written out below the pyramid, means “A new order of the ages,” referring to the founding of America.

Now that you’ve examined your bill thoroughly, feel free to use it to buy that soda.