Although manscaping has long been a staple of the bodybuilding scene, body hair removal has only recently found its way into the mainstream (and bathroom) for the average guy. But now that more and more men are shaving and waxing their chests to better show off their pecs, we have do ask: Does it really make you look more buff?

According to male fitness and fashion photographer Rob Kristian, yes — but only if you’re pretty buff to start with. “I wouldn’t want to photograph some guy who has a shaved chest but no body — that would just look androgynous,” says Kristian. He notes that anyone who wishes to try removing their body hair should of course go ahead, but warns that you shouldn’t expect muscles to magically appear. “You can’t really put something there that’s not there,” he explains. “You need that definition first.” 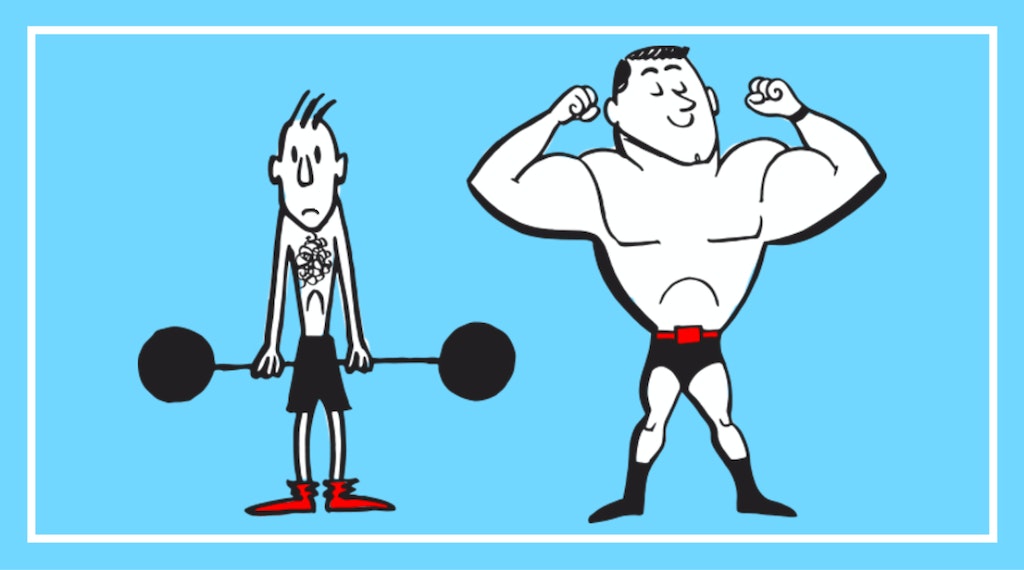 Obviously, then, for those guys who have already packed on the muscles and want to showcase them in the best possible light, going hairless is the right move. “I think it does make a big difference,” says Justin Armstrong, a personal trainer who has competed in bodybuilding competitions. “If you have a dark patch of hair, it adds a shadow, which may affect your standing.”

This is because winning a bodybuilding competition is less about bulk than it is about symmetry — a philosophy espoused by Arnold Schwarzenegger himself back in Pumping Iron.

Way back in the late 1800s, Eugen Sandow — often referred to as the father of bodybuilding — began removing his body hair for exactly this reason: Your body can be sculpted in the gym until it’s perfectly symmetrical, but if your body hair is scattered across your torso like a yard full of weeds, that perfection is spoiled. For men who just want to show off their hard-earned gym bods at the beach, the same theory applies: “You want to be sure you’re giving the naked eye everything you can, to show what you’ve done with your body and what you’ve accomplished,” says Armstrong. “I think body hair can hamper that.”

So essentially, it boils down to this: If you’ve got it, flaunt it; if you don’t, maybe keep it hidden under that chest wig until you do.