Relationship counselors might tell you, in comforting tones, that it’s natural for passion to fade over time, and that it’s slowly replaced with things like comfort and trust and emotional intimacy. That’s great and all, but what happens if what you really need right now is sex? What if, while trying to hold your family together, you’re silently clawing your own eyeballs out, trapped in the relentless cycle of frustration and resentment that comes with the dreaded sexless relationship? It’s a cliché from the depths of sitcom hell, but it’s one that many people are living. We spoke to a relationship expert about how it happens and how to break the sexless cycle.

How Few Times Do You Need to Have Sex to Be Considered Sexless?
According to psychologists interviewed by Newsweek, the most commonly agreed-upon standard for defining a sexless relationship is a couple who has sex fewer than 10 times per year. So if you’re not having sex around once a month (the average couple has sex at least twice a week), you can consider your relationship to be officially “sexless.” But take some comfort in knowing that you’re far from alone: According to psychologists, as many as 15 to 20 percent of couples are living like this.

As with anything to do with sex, official numbers aside, it really boils down to whether or not the needs of each partner are being met. Per psychotherapist and relationship expert Lisa White, it also might be more important to pay attention to the trend lines — i.e., once you see the normal amount of sex in your relationship decreasing, it’s vital to figure out the reason why. Similarly, she says it’s important not to fool yourself into believing that it’s just a temporary drought — if you or your partner have been “just too tired” for longer than three months, you’ve got serious cause for concern.

How a Sexless Relationship Happens
According to White, there are a bunch of reasons men and women might stop sleeping with each other. One of the biggest causes is simply that people change over time, and the person you’re with now may not be the same as the person you started out with. “Sometimes, relationships evolve, but people don’t evolve with the relationship,” says White.

But why does this happen? According to White, a lot of it has to do with how we grow to accept ourselves as we age. “As you get older, people are more comfortable with their bodies, and especially when people enter their 40s, they begin to reflect on what they’ve done, or haven’t done, and they begin to feel their mortality,” she explains.

Of course, the reasons for sex slowly disappearing from your relationship can also be far more simple — and emotional: “Maybe there’s something both people are mad at, but they won’t resolve,” says White. 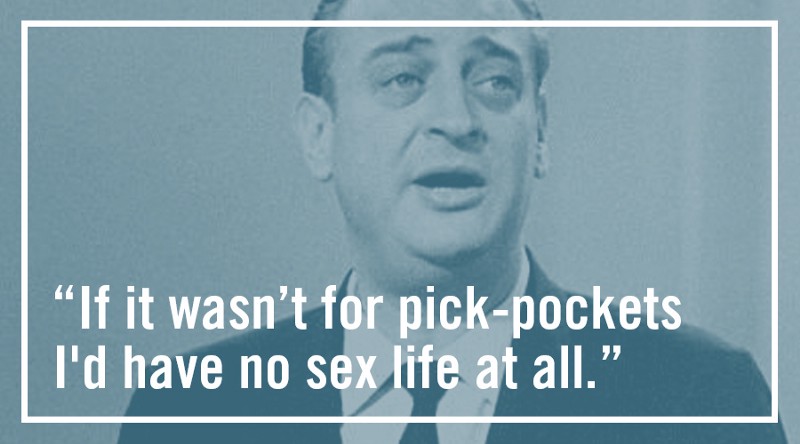 There are reasons particular to each gender as well, most of which sound like stereotypes dragged from the same uninspired sitcom writers’ room as the sexless relationship itself. For women who share children with a partner, White says, it’s not uncommon to prioritize the kids over the relationship. But then it’s fair to say that just having kids, in general, is a sex-killer: Couples half deranged from sleep deprivation will often bring the baby into their bed, where it stays for the next two or three years, an adorable, gurgling cast iron wall between you and getting laid.

Children aside, some women may feel they’ve become emotionally untethered from their significant other. “Women are more emotional, so they may not engage in sexual relations because there’s a lack of connection to their partner,” she says. “It’s also possible that the man may not be being an active partner [in other aspects of the relationship], which leads to them not wanting to have sex with him.”

The reasons more common to men seem comparatively straightforward, with White citing a simple fading of physical attraction to their partner, or possibly a preoccupation with someone else outside of the relationship.

How to Fix It

For some, the problems may run too deep to fix, especially in cases where the lack of sex is merely a symptom of other problems. If you fundamentally disagree with your partner about where your life together is headed; if a partner is abusive or a drunk; if you simply can’t stand the sight of each other anymore; if the relationship has deteriorated to the point where an eventual breakup seems inevitable, papering over the cracks with a brief rekindling of your earlier sexual spark is unlikely to repair it (no matter how good the sex).

In many cases, though, the situation isn’t hopeless — especially if you’re committed to keeping the relationship going. It also might not be your fault. It’s possible, for example, that a man may be suffering from erectile dysfunction, or that a woman may be having some pain related to endometriosis. Viagra helps, but some men with persistent ED face the prospect of surgery, or the scarier-sounding treatment of sonic blasts designed to induce new blood vessel growth. For women, a heating pad can be helpful, but surgery is more likely a long-term fix as well. 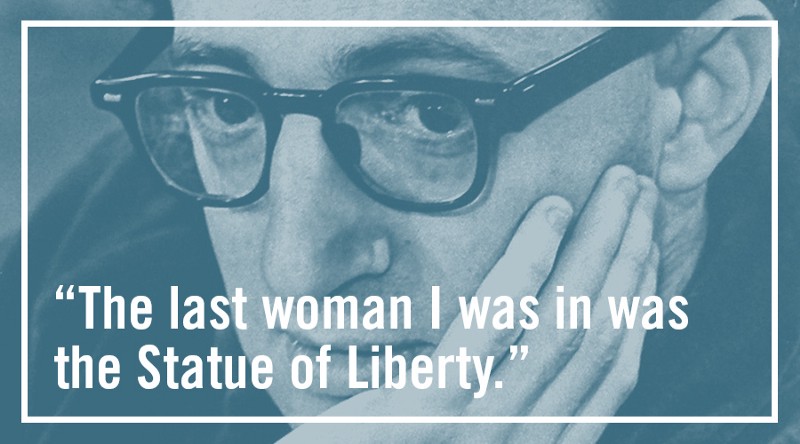 If your health checks out, the next step is to build intimacy back into the relationship. White recommends starting junior high-level small: “Just hold hands at first, or sit close to each other. It begins with that, then looking at each other and really talking.”

For couples where sleeping arrangements are a problem (in terms of the kids), White says that this is “a conversation that has to be had in the very beginning after having a baby.” But that’s in an ideal world, since it’s all too easy to cave in when the baby’s crying in the other room all night. So you could try a simpler fix: White has known several people for whom this sleeping arrangement works just fine. “They just do it in the bathroom,” she says.

For those who’ve recently developed a new sexual fetish, White believes that communication is still the key to preserving the relationship. “Introduce things slowly and discuss them first with your partner,” she advises. It goes without saying that you should never suddenly improvise a bit of autoerotic asphyxiation during sex, but you may be surprised to find your spouse is open to the idea of getting kinkier.

But what of those couples who’ve found themselves with absolutely nothing in the shared space of the “What Turns Me On” Venn Diagram? Sadly, that could be the breaking point. “If your partner isn’t into something and that’s all you really want, you may want to seek some outside help and figure out where your relationship is going,” says White. “Only one of two things happen as a result of couples’ therapy: Either you get divorced, or you stay together. That’s it.”

Finally, you can’t fix it alone. For things to improve, “it has to be two willing partners,” says White. Because while it takes two to tango, it also takes two to discuss why you haven’t practiced your moves in a while.