It’s pretty common for people at either end of the political spectrum to argue over how their tax money should be spent. For many of us, though, it’s hard to even get a clear idea of how it’s being spent right now, let alone figuring out where the money should be going. To make it easier to follow, here’s a breakdown of exactly where the money went—all $3.8 trillion of it—in 2015, according to the National Priorities Project (the amounts fluctuate each year, but the major stuff like Social Security, Medicare and the military are normally along similar lines). 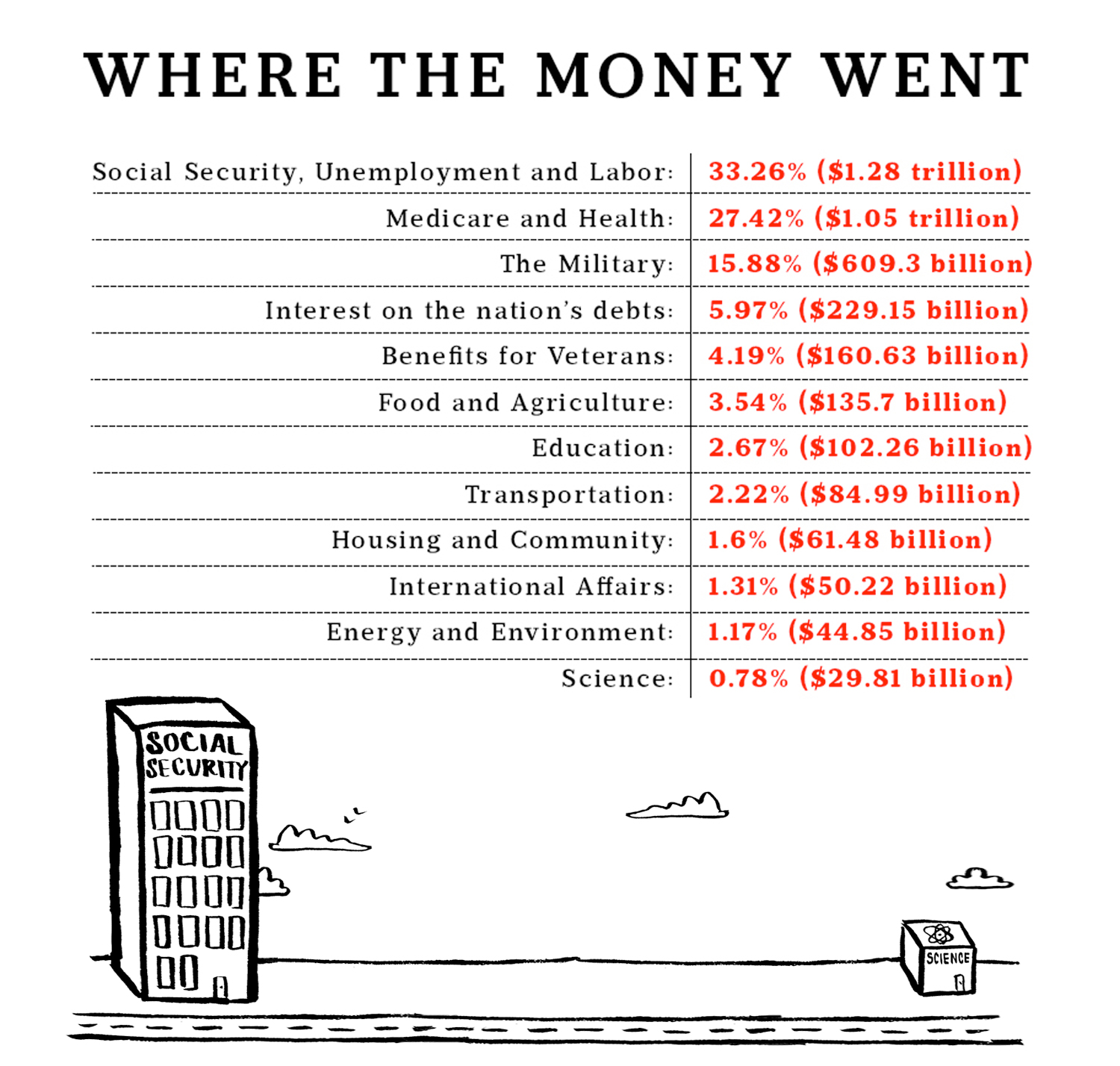 So how does that work out for every dollar of yours that gets spent by Uncle Sam? If you break it down cent by cent, it looks a little like this: 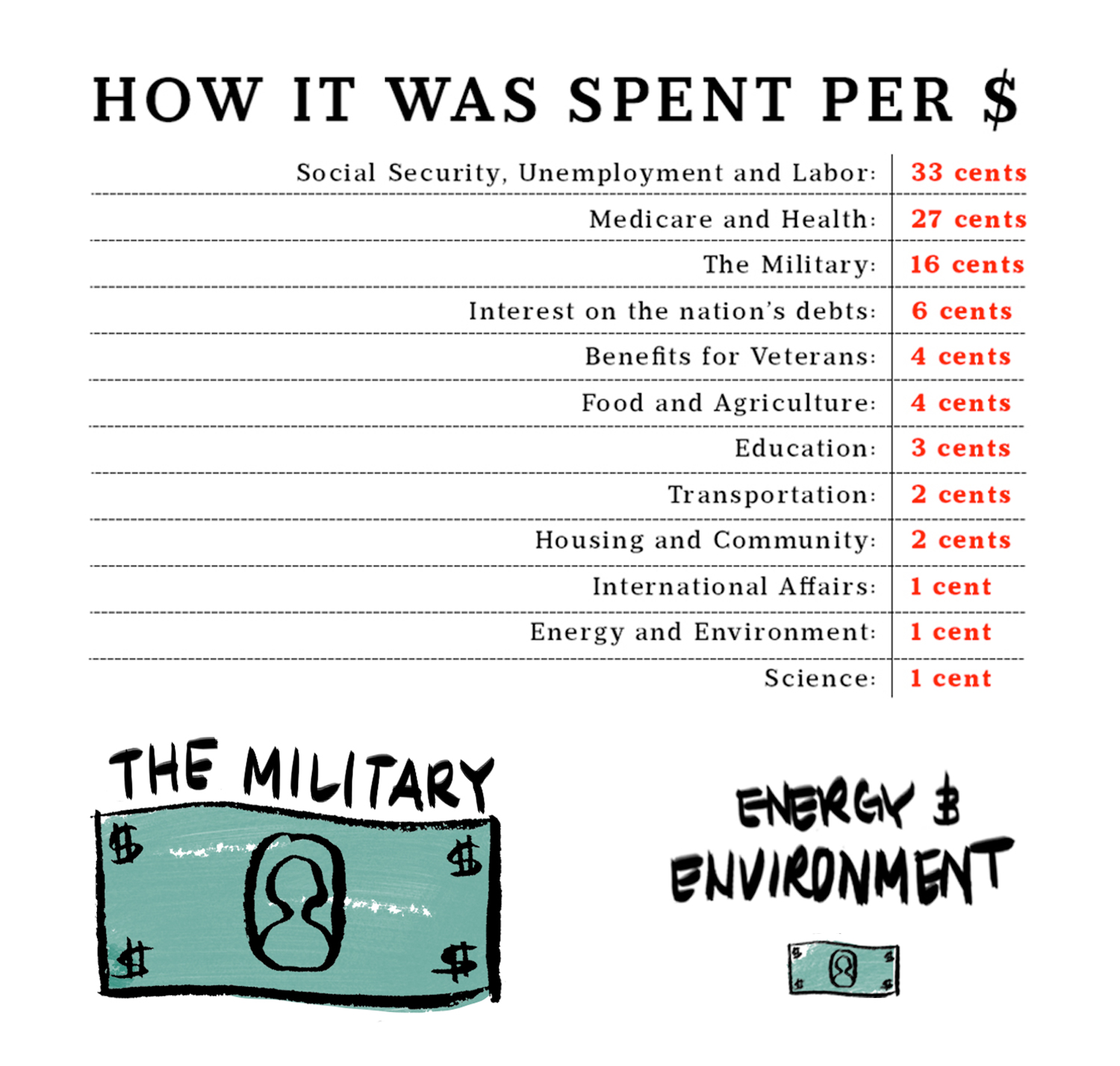 Who knew a dollar could stretch so far?