Taking a decent profile picture is never easy, even for the most photogenic and tech-savvy among us. But those of us who were born into a world of camera phones and social media have a slight advantage over everyone else, including our dads, who have quite the reputation for casually posting less-than-flattering photos of themselves on the internet. 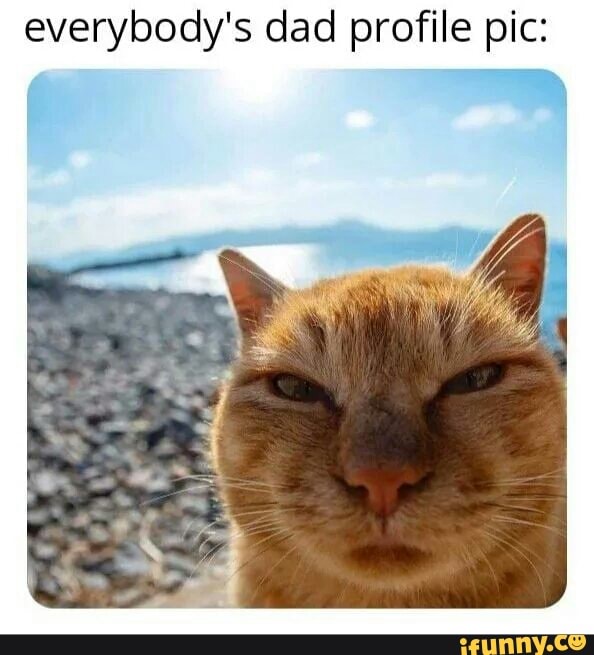 Now follow along as we teach you to shepherd your father toward profile picture perfection.

Hammer Home the Basics
Taking an honest look at the caricature of profile pictures that dads take, we see several glaring, but basic photographic blunders. One is the angle, typically taken from below and close to the face, which results in an unflattering, chin-multiplying, up-the-nose view. Instead, encourage your pop-pop to hold the camera at eye level or slightly above. Alternatively, model and Instagram enthusiast Cole Benedetti suggests that you “show him how the self-timer works.” That way, he can step away from the phone while taking photos.

The other common photographic misstep, according to memes targeting dads and their lackluster profile pictures, is them taking photos that are backlit, which shrouds their otherwise handsome faces in shadows. As a rule of thumb, have your dad face toward a light source when taking photos. Better yet, Benedetti suggests that fathers (and everyone, really) take advantage of golden hour, the period of daytime shortly after sunrise and before sunset, which provides a softer light that can help smoothen aging skin.

Set the Scene
While helping your dad overcome the bad habits mentioned above should be more than enough for them to achieve profile picture greatness, you can always push them to go beyond. “I’d get him some updated clothes,” Benedetti recommends. In general, it’s worth encouraging your father to put some extra effort into their profile picture, rather than simply snapping a quick closeup while lounging on the couch.

Teach Them to Edit… Maybe?
While we might be getting ahead of ourselves now, Benedetti says a lesson in even the most basic photo editing skills can go a long way. “I’d have him download the Facetune app to edit the colors and smoothen his skin,” he says. Hey, he may even enjoy it, and it could make for good Father’s Day bonding.

Great! Now all you have left to do is sit back, relax and watch your dad take over the internet as a famous influencer.