It seems counterintuitive that working out could lead to less interest in sex. Shouldn’t being fitter and healthier make you more interested in activities that reward a fit, healthy (and buff) bod? And that is the case — to a point. Research has found that men who work out a lot report less interest and engagement in sex, The New York Times reported.

What qualifies as “a lot” of exercise? What the researchers call “prolonged and intense” workouts, the kind marathon runners, cyclists, or other endurance athletes do. The study — led by Anthony Hackney, an exercise physiology and nutrition professor at the University of North Carolina, and published in Medicine & Science in Sports & Exercise — surveyed 1,100 physically active adult men about their exercise habits and sex lives. It builds on previous research which, the Times notes, has found that female athletes who train intensely and run marathons sometimes stop menstruating because the stress of such heavy exercise can cause hormonal imbalances. They wanted to know if the same could be true in men. 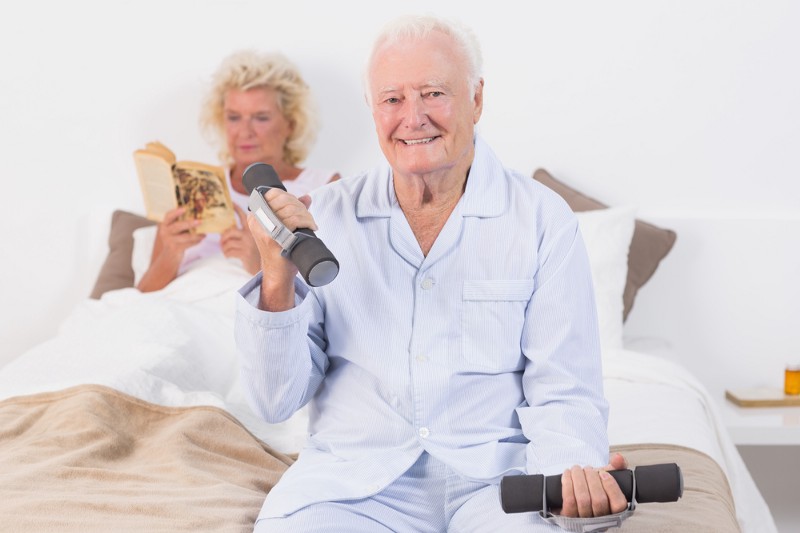 Previous studies have found that moderate exercise increases testosterone and sex drive in men, and extreme exercise can lower testosterone. But no previous study looked at the more emotional or psychological aspects of exercise and desire for men.

Most of the respondents were athletes, and the researchers charted their weekly exercise as intense, moderate or light. They compared these levels to the men’s interest in and engagement in sex. “The men whose exercise routines were moderate or light in intensity or duration were far more likely to report moderate or high libidos than were the men whose workouts were especially prolonged or intense, even after the researchers controlled for age,” the Times writes.

Hackney told the Times he thinks fatigue and lower testosterone are at play, though the study only proves that more exercise and less interest are correlated. He also said it’s clear there’s a tipping point of too much exercise where libido starts to tank, but he’ll need to do further research to actually pinpoint what that exact amount is.

A few questions here: Exactly how long were these more prolonged, intense workouts in terms of hours, or activities? Moreover, did any of the lower-libido men actually care whether they were doing it less? At publication time, Hackney was not reachable for comment.

Here’s a thought: It’s possible that the sort of people more likely to train intensely are addicted to that particular endorphin rush, which they may prefer more than the rush of sex. And of course a final factor could simply be lack of time. Anyone logging a boatload of hours at the gym every week probably has to eat and shower so much around that lifestyle that it’s too much hassle to lock down sex.

The study results present a strange irony — that those working out in the service of peak physical performance don’t always use it for sex-related fun. This is a lot like having a Porsche you only back into your driveway for an hour before putting it back in the garage.

That’s a bummer, but there’s an upside for the rest of us: Since those in the study who exercised lightly or moderately reported the highest libido, this means the rest of us can feel good that we don’t have do all that much to get laid.