There are a couple of undeniable truths about stress. First, it can (eventually) kill you — causing a litany of ailments that include a weakened immune system; ulcers; memory loss; abdominal obesity; and an accelerated aging process. One very recent study, published in The Lancet, even finds a direct link between emotional stress and heart disease. Second, most of us aren’t even going about tackling it the right way—according to the American Psychological Association’s annual Stress in America survey, 42 percent of adults in the US say they are not taking effective action to manage excessive stress. This may be because we know the only way to really, truly rid ourselves of stress is to tackle the source of said stress head on, whether that be quitting your job or busting free from your relationship. 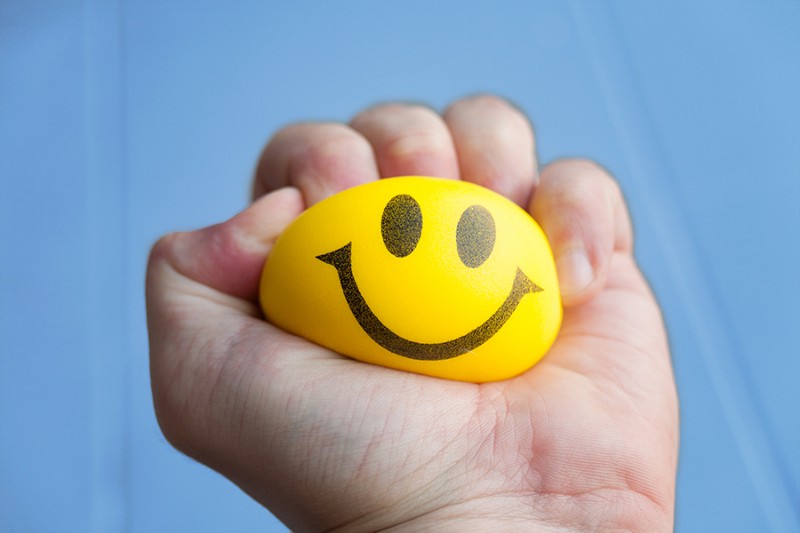 At least, that’s what most of us believe. But there must be some sort of happy medium, right? Something that would allow us to alleviate the short-term pain while still doing nothing about the long-term game. Or at least buying us some time before we need to stare down the very thing that’s making us miserable — and weakening our immune systems, giving us ulcers and stealing our memories from us. You know, punting. Yet while it might seem like a cop out, it’s not as impossible (or unhealthy) as it seems. And it might just be the best thing for you.

#1: You’re still gonna get a peace of mind
“When you’re so stressed that you can’t think with clarity, you need to do some other relaxation techniques first,” says Mary Alvord, director of a group mental-health practice in Maryland. It’s sensible enough advice: Stress floods your system with adrenaline, which increases both your heart and breathing rate to ship more oxygen to your tensed up muscles. This clenched state — especially the spike in blood pressure — not only causes damage to your body over the long-term, it seriously clouds your judgment. So before you even consider confronting the source of your stress, it’s a good idea to find a way to dial down the symptoms.

Which techniques will be most effective depends on the source of your stress, Alvord explains. For chronic stress emanating from uncertainty about the future, or from dwelling on past events in your life (e.g., divorce or death), she suggests training yourself in the psychology cure-all du jour: Mindfulness. “It’s not making you forget,” she says, “but it teaches you to be in the moment and not to get stuck on the past or worry unduly about the future.”

For acute stress (that is, isolated moments of intense stress), she teaches visualization techniques: “This is so you can be at work, in a stressful situation, and imagine yourself by the ocean, if that’s something that’s relaxing for you. Go there for a few minutes, calm yourself down and then you can get back on task.”

#2: You’re gonna figure out what you can control in the first place
At the root of many people’s struggles with stress is a missing sense of control in their lives. It’s no coincidence that being choked by debts and bills, or even just having a career that seemingly offers no room for meaningful advancement, are so often cited among the leading causes of stress in America. But if our stress is really coming from a feeling that we’re not in charge of our own lives, what’s the answer? How do you control what you can’t control?

For some psychologists, cognitive behavior therapy programs — in which patients are encouraged to learn practical problem-solving techniques to break out of damaging patterns of behavior—are the best answer. “It’s learning to be proactive and coming up with plans to take initiative, so that you feel like you’re doing something,” she explains. If your stress is work-related, it could take the form of on-the-job training or mentoring, or getting as far from work as possible and doing the things that make you happy. “If you can believe that you have some power to control some aspects of your life — not everything, but some aspects — and take charge of those, you tend to be more resilient in more areas,” she says.

Similarly, according to a 2015 Penn State study, it’s not so much the type of stress you’re under that determines how much your health is going to be affected, but how you react to it. Participants with generally sunnier dispositions, they found, were able to cope with stress markedly better than pessimists. As one of the world’s leading authorities on stress, Robert Sapolsky, wrote in his 1994 book Why Zebras Don’t Get Ulcers, “Those who cope with stress successfully … do not try to control future events that are uncontrollable and do not try to fix things that are not broken or that are broken beyond repair.”

#3: You’re gonna learn that dealing with your stressor might only lead bigger ones
All in all, the question we started with — is there any true cure for stress besides tackling whatever is stressing you out? — turns out to be a misleading one, since even that may not be the correct course of action. Experts agree, of course, that removing all sources of stress from your life is effective, but without proper planning and forethought, that can also backfire spectacularly: Sure, your job is a nightmare, but it’s probably not as much of a nightmare as suddenly being unable to pay your bills.

Stress is complicated, and it requires a complicated response. It demands that you find a way to override the physical and mental effects of stress long enough to come up with a workable plan for removing the source entirely. It’s life-planning while already hopelessly overloaded, which is such a dauntingly grim task that it’s no wonder people often need a therapist or counsellor to help them figure it out. This is especially true if the source of your stress seems more intangible than a bad job or relationship which, although extremely difficult, you do actually have a degree of control over — i.e., you can leave the job or relationship.

When it comes down to it, as unscientific and hammy as it sounds, having an upbeat outlook on life could be the best defense of all, although you don’t necessarily have to go the full Ned Flanders. “Your glass that’s half full can still have a bunch of bad stuff at the bottom,” says Alvord. “But the trick is to see those positives as more dominant.”