In our new series, What I Learned from Getting My Ass Kicked, people from all walks of life discuss setbacks that could’ve finished them, and how they dealt with those defeats. This edition, ultrarunner Dean Karnazes — who has run across the Sahara Desert and completed a marathon to the South Pole — tells us about his first attempt to complete an impossibly grueling 135-mile footrace across Death Valley in the dead of summer, and the three big lessons he learned from passing out halfway through.

Lesson #1: Never Think About Failure (Until You’ve Failed)
“In the heat of battle, I knew things were bad,” Karnazes says. “I’d been running in the Badwater Ultramarathon for more than 18 hours straight and the temperatures had reached 127 degrees. I was extremely dehydrated and my electrolytes were totally out of whack, but I was determined not to stop. Bit by bit, I began losing perceptions. My field of vision narrowed, and all I remember seeing was the immediate 3 feet in front of me. At that point, I was beyond processing how defeat would feel — I was like a boxer in the ring that’s concussed and staggering to remain upright and coherent. Then everything went dark and I passed out. 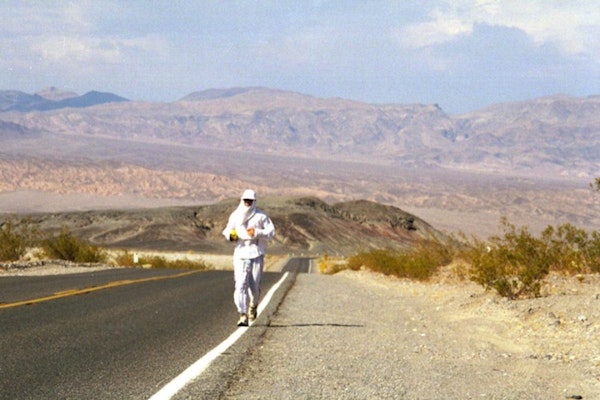 “It wasn’t until afterward that I was able to rationally process the defeat and the implications it had on me. Only then could I analyze the situation. That’s how defeat should be: You should be so ensnarled in the battle that all you’re focusing on is success. If your mind is wandering and thinking about failure, you’ve already failed.”

Lesson #2: You Should Absolutely Hate Yourself for Losing
“People say beating yourself up over a defeat is pointless,” says Karnazes. “I say bullshit. You should beat the hell out of yourself for failing! When I failed at the Badwater Ultramarathon, my entire world collapsed. I took it seriously — some might argue too seriously. The whole of my self-worth was pegged to finishing that motherfucker, and instead it crushed me and spat me out on the roadside in a useless heap. Some might have said I was lucky to be alive and would surely never attempt anything that crazy again, but all I wanted was revenge. 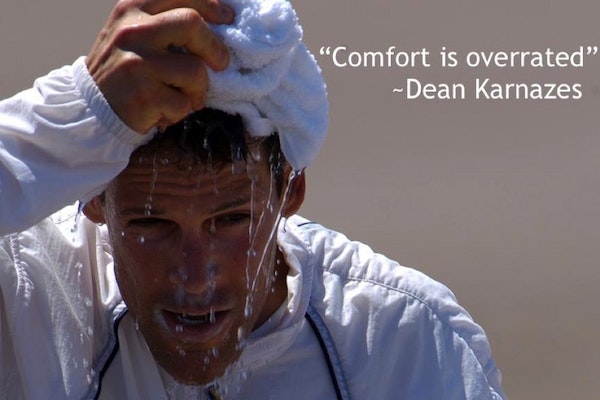 “I couldn’t think of anything else for a year: Nothing mattered to me except getting to the finish line. I analyzed my failure, dissected specific shortcomings, and delved into the mindset that held me back. I changed my tactics as a result. I also trained obsessively, never compromising. It was an all-or-nothing assault. The next year I got my revenge: It was difficult — sometimes earning victory is a messy business — but I prevailed. Finishing was one of the pinnacle achievements of my career, precisely because of the effort it took to earn it.”

Lesson #3: Defeat is the Only Way to Overcome Your Limitations
“People often hear about my successes, but the lessons learned from defeat far outstrip those gleaned from success. In fact, failure is a necessary process for reaching one’s full potential. A good ass-kicking is a gift: It sets the bar and resets your attitude. Defeat makes you humble and hungry. Once you know your limitations, you can take measures to surpass them. It does, however, take courage to challenge yourself to surmount the seemingly insurmountable. Some are afraid to push to the breaking point and experience defeat. This is safe stance, yet a tragic one. The bold may not live forever, but the timid don’t live at all.”