Alvie Shepherd, 42, was a former first-round draft pick of the Baltimore Orioles. On April 27, 2013, he suffered a major brain aneurysm that could have killed him but that he somehow lived through.

For as long as I can remember, I never got headaches. Many people I know down Advil like candy at the slightest twinge, but that was never me. Even when I was hungover, my head didn’t hurt. Though I guess I can’t exactly call what was happening inside my skull that night a headache. It was way worse. I could feel my temple pulsing — bum, bum, bum, bum. A straight beat.

Everything started out normal enough on a random Wednesday night three years ago, which, looking back, was part of the problem. Because for me, a normal random Wednesday night meant going to Gulliver’s, my favorite bar in suburban Chicago. Actually, most of my nights started and ended at Gulliver’s. My buddies and I would begin with buckets of beer. Next thing you know, though, shots would be flying. Then there would be vodka and Jack and Cokes. Before I knew it, I’d be 15 drinks in, and it would be last call.

The next day I started all over again. My friend got a limo stocked with a bunch of booze, and we went to a Bulls playoff game. We drank vodka and Miller Lites all the way there, all throughout the game and all the way home. I slept it off, woke up and went to a Blackhawks game the following night —still drinking anything within reach the whole time.

When I got home from the game, my then-girlfriend (now wife) Rachel had already gone to bed. I figured I might as well have another drink to help me pass out so I started cracking open the beer I had in the fridge. That’s roughly when the bum, bum, bum, bum started in my right temple.

I knew how badly I was abusing my body — both that night and all the nights leading up to it. At my most fit, I was 240 pounds with 9 percent body fat, on a 6-foot, 7-inch frame. But by my late 30, I had ballooned to 307 pounds. I ate like garbage. Beef sandwiches with fries. Pizza.

I was self-medicating with food, booze and drugs because my life hadn’t worked out the way I’d hoped. In high school, I’d earned a baseball scholarship to the University of Nebraska, where I played for three seasons before being drafted in the first round of the MLB Draft by the Baltimore Orioles. Unfortunately, though, within two years, I developed nerve damage in my right shoulder. I had it operated on, but I was never the same. Within another two years, I was out of baseball. That was a tough pill for me to swallow. I had put all my eggs in one basket — being a professional baseball player. When that didn’t happen, it was super hard for me to handle. 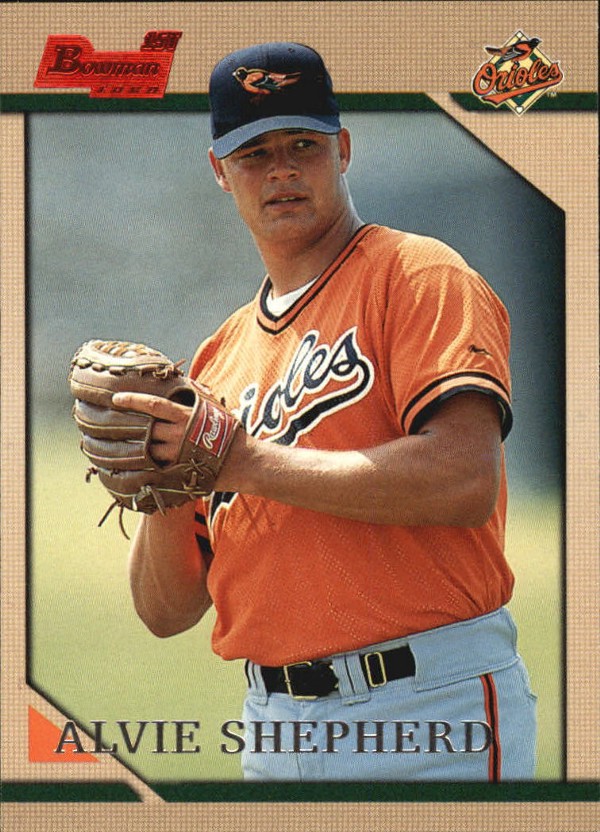 I went back home and began holding private baseball lessons for kids — pitching, hitting, fielding, whatever they wanted to learn. I still do it today. And while that work is special to me, it wasn’t enough to fill the void left by pro ball. That’s why I started going to Gulliver’s every night and pounding drinks until closing time. It’s also why I started messing around with uppers. I always intended to stop, but I got hooked. It snowballed to the point where it was almost an everyday thing, too. I lived in that fog for basically the next 13 years — until part of my brain basically exploded.

She got to the house a few minutes later. I was walking around aimlessly, knocking stuff off counters. I can’t tell you what I was feeling. I was in a haze. Instead of calling an ambulance, we drove to the ER. After a 90-minute wait, they put me in a machine to scan me. Within 10 seconds, it started buzzing and clunking like something was malfunctioning. I heard, “Stop the machine! Stop it!” When they did, they asked me if I had any metal on me. I said, “No, I’m in my underwear, and I don’t have any piercings.” Thankfully, it started back up just fine and they found the aneurysm.

I know it sounds weird, but whatever happened to that machine was God saving me. Later on, my hair started falling out in the exact spot where the aneurysm was — a perfectly square spot on the back of my neck, left of center, which is also where the machine zapped me when it was tripping out. I’ll go to my grave believing that was God fixing the aneurysm long enough for me to live.

Either way, I needed to be operated on right away and no neurosurgeons were available at that hospital. So they shipped me in an ambulance to another hospital 45 minutes away. Timing is everything with an aneurysm if it ruptures. You need treatment as quickly as possible or you face serious consequences: death, paralysis and blindness chief among them. And it was now almost three hours since the snare-drum feeling.

This is where things get even hazier for me. I know they did a procedure called “coiling.” The aneurysm itself is part of a blood vessel that starts swelling like a balloon; if it pops, you’re bleeding into your brain, which, needless to say, isn’t good. Coiling is meant to seal off the bleeding via a tiny metal coil that’s shot through your groin and can reach your brain right to the point where the blood vessel is ballooning. The surgery is supposed to take a few hours, but I have no idea how long mine took.

The thing I remember most is that I spent the next 14 days in the hospital, six of them in the ICU. And once I woke up from the surgery, I remember seeing seven or eight friends who’d come to visit me. We watched a Blackhawks playoff game together. That was the last game my doctors let me watch, though. The swelling in my brain wasn’t going down, and they thought part of the reason why was because I got too riled up from watching the Blackhawks. Otherwise, the hospital staff said it was a miracle I was alive and not paralyzed or blind.

That said, I still had to recover. My neck was really sore for the first two months. It felt like someone had kicked me in the back of the head. It was so sore I couldn’t exercise. Even walking was uncomfortable. That didn’t stop me from eating better right away, though. Clean and organic chicken, broccoli and other vegetables. I still eat pizza occasionally because you have to have pizza, right? But aside from pizza and a drink here and there, I’ve changed my life completely. No chewing tobacco. No uppers. No other drugs. And when I could start working out again — about two and a half months after my surgery — I worked out for 160 days straight.


All the while, I posted videos of my workouts on Facebook. It seemed to inspire a lot of my friends and family members. So I started guiding their use of different supplements and products to help them reach their health goals — a lot like a mentor or a life coach would. Eventually, it became a health-and-wellness business. Now, I help all kinds of people understand they can do anything they put their mind to. I tell them I had the worst habits. It doesn’t matter that I was a professional athlete; I still got to a terrible place with my health and weight. But I pulled myself out of it, and they can, too.

To be honest, I don’t know if I deserved a second chance, which is a big reason why I have such a need to work with other people. To help someone lose weight, get more energy and feel better is what the Lord put me here to do. I feel blessed to have had an opportunity to figure that out. My life with Rachel has never been better, too. In fact, we just had our second baby, a little girl, three months ago. Both of my kids are amazing blessings.

That’s actually a word you’ll hear me saying a lot these days — blessing.

— As told to Ben Feldheim