A couple of months ago, we shared a rather innocuous comic about running out of toilet paper while on the toilet: 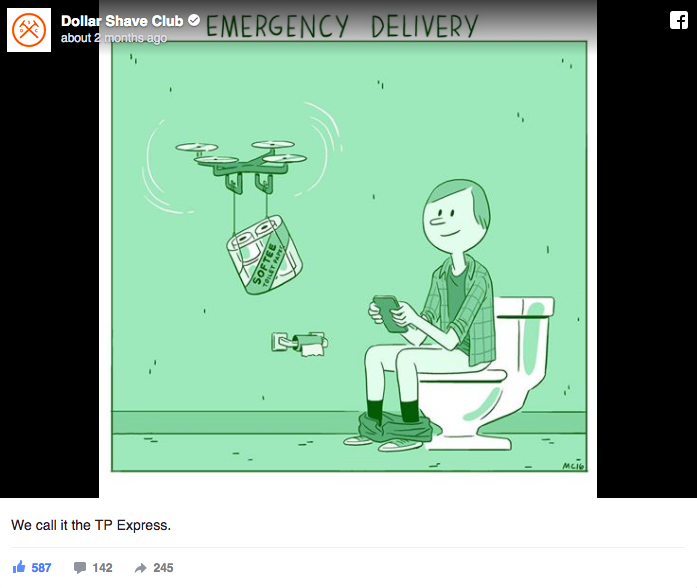 One Facebook user, however, was baffled that the man in the comic had his pants around his ankles while on the commode, and his comment launched an uproarious debate about pants-toilet etiquette.

Specifically, do most guys drop trou when they settle in to drop a deuce, or do they stop at just above the knee? And more importantly, which way is better?

The obvious upside to pants around the ankles is it allows for maximum manspreading, and a wide stance is necessary when dealing with a particularly stubborn bowel movement. Plus, it increases air flow to nether regions, which is nice during the swampbutt-y summer months.

The downside, of course, to having your pants around the ankles is the risk of them touching the floor of a public bathroom, and thus, having to burn them because of contamination. That’s why pants placement often depends on whether one is at home or out-on-the-town.

It’s here we get into some truly oddball pants-dropping behavior:

Now, I can understand a man taking his pants off completely when pooping, especially in the confines of his own home. (“At home I strip my pants all the way off so I can be completely free to relax on the throne,” says Reddit user SmartARS437.) But removing only one pants leg feels like a bizarre limbo to operate in.

Shockingly, though, this bonkers “one leg out” method isn’t entirely uncommon. A separate Reddit user advocates keeping one leg out for safety reasons (seriously). “[I keep leg out] in case I need to suddenly react to something. don’t wanna die all tripped up with my pants around my ankles and my a** not wiped.” [All sic.]

The Reddit user obviously hasn’t considered the fact that it’d be easier to run with no pants on than with his pants dragging behind one of his ankles.

The ankles v. knees debate seems to mirror the infamous standing v. sitting while wiping internet debate that raged on Deadspin in 2009. Both sides were oblivious that there were men out there who wiped differently from them, and both sides were mystified as to why anyone would do it the other way.

That debate ended with most of the standers conceding that wiping your butt while sitting is the superior technique, in that it’s more efficient and leaves less residue. It’s just that the standers never knew to do it differently before then.

There’s no clear resolution in the ongoing ankle-knee discord, though — merely a matter of personal preference, and a lot of cold knees.