Getting free of a car lease used to be a no-win situation. If you went to the dealership, you had to shell out the entire remaining balance, plus pay an early termination fee. It might end up costing you $5,000, or more, just to not drive your car anymore. If, instead, you painstakingly tracked down someone to take over the lease, you had to deal with leasing agreements that often prohibited the transfer anyway. As inconveniences go, it was the equivalent of accidentally dropping your iPhone, face-down on the cement — before kicking it into the pool.

But over the last few years, everything’s changed. Leasing companies have eased up on restrictions, increasingly freeing the original leaseholder of financial liability after a transfer. And thanks to websites such as swapalease.com and leasetrader.com that specialize in car-lease swaps, finding the right person to hand off your car to also has been simplified. Now with a few clicks, you can shrug free of that soul-crushing, money-devouring behemoth that’s been dragging you into the dirt.

Incidentally, the appeal of a car-lease swap extends in both directions. If you only need a car for a short period of time, taking over an existing lease can save you serious cash.

Whichever side of the equation you’re on, here’s how a car-lease swap works and what you’re likely to save:

SCENARIO ONE: YOU WANT TO DITCH YOUR LEASE

The Toyota Camry is currently the most popular car in the country. With an average MSRP of $22,970, you can lease one for about $2,000 down and $250 per month for a 3-year lease. If, however, after 18 months you want a different car or you move to a city with great public transportation and no longer need your ever-popular Camry, the math plays out badly:

Rather than take it on the financial chin, consider a car-lease site. After providing some basic information about your car (make, model, year, months left on the lease, lease payment, etc.), you can generally find a buyer within 30-45 days. The listing charge and commission together cost roughly $150-$350. That puts your savings at $4,350. 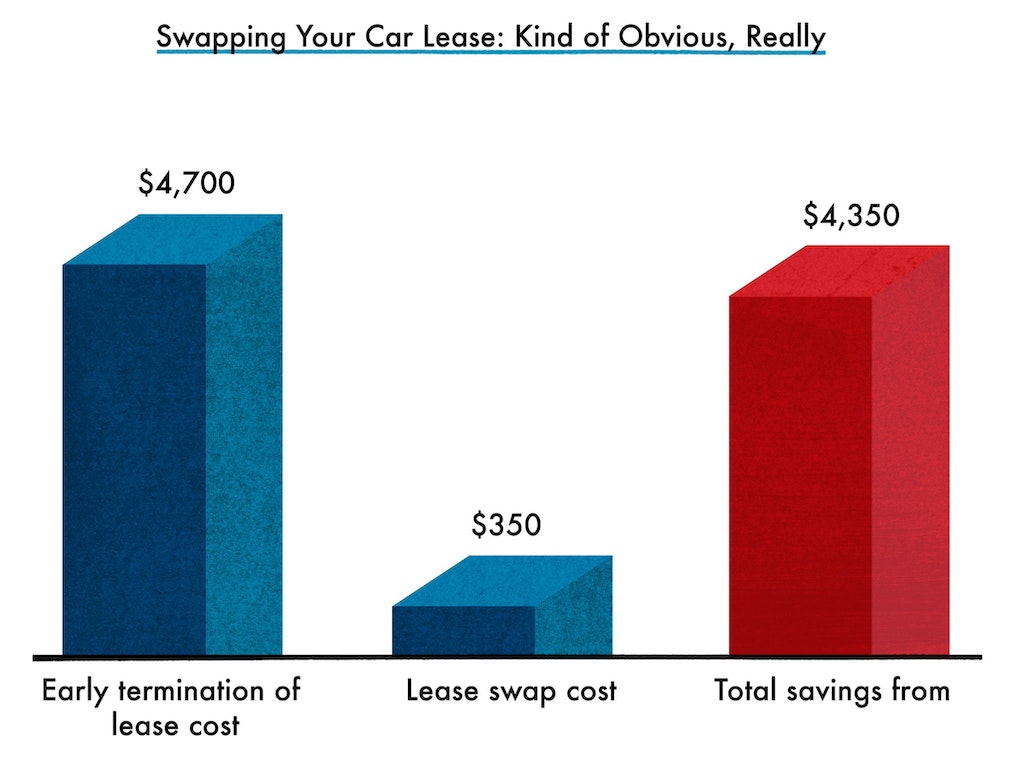 The benefits of picking up an existing lease can be even greater than selling one. First, you skip the down payment, so you’re only paying the monthly cost. Second, you have the option of buying the car at the end of the lease—after you’ve had the chance to test drive it yourself, with much of the principal already paid off by someone else.

A recent search on swapalease.com brought up options as low as $128 per month for a 2014 Toyota Corolla with only 1,480 miles on it. Even a 2013 Mercedes Benz C300 4Matic Sport didn’t break the bank, costing $371 a month for a 30-month contract. While dealer incentives offer a 2015 model with a similar monthly cost, they also require you to put down $5,048 at the time of signing (and that doesn’t include the first month’s payment, tax and license fees).

And if you change your mind later? No big deal. Just swap it out. 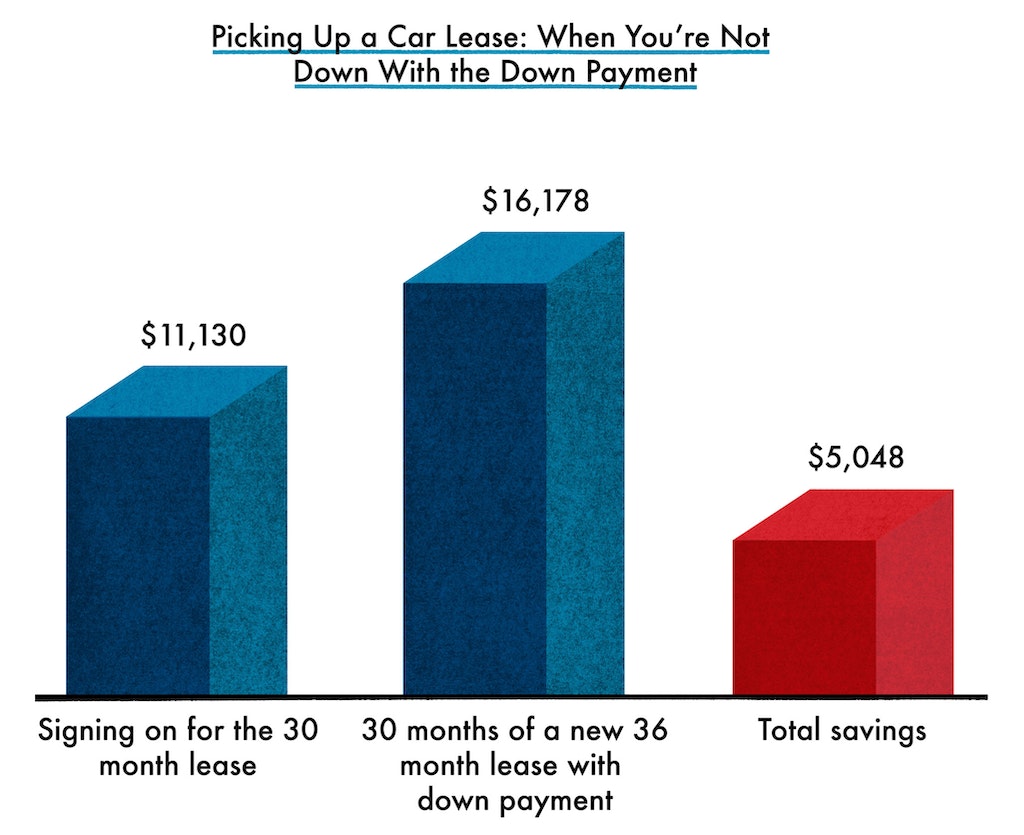