There are two ways to wake up from a nap: refreshed, invigorated and raring to go, or like a reanimated corpse who isn’t sure what century it is. 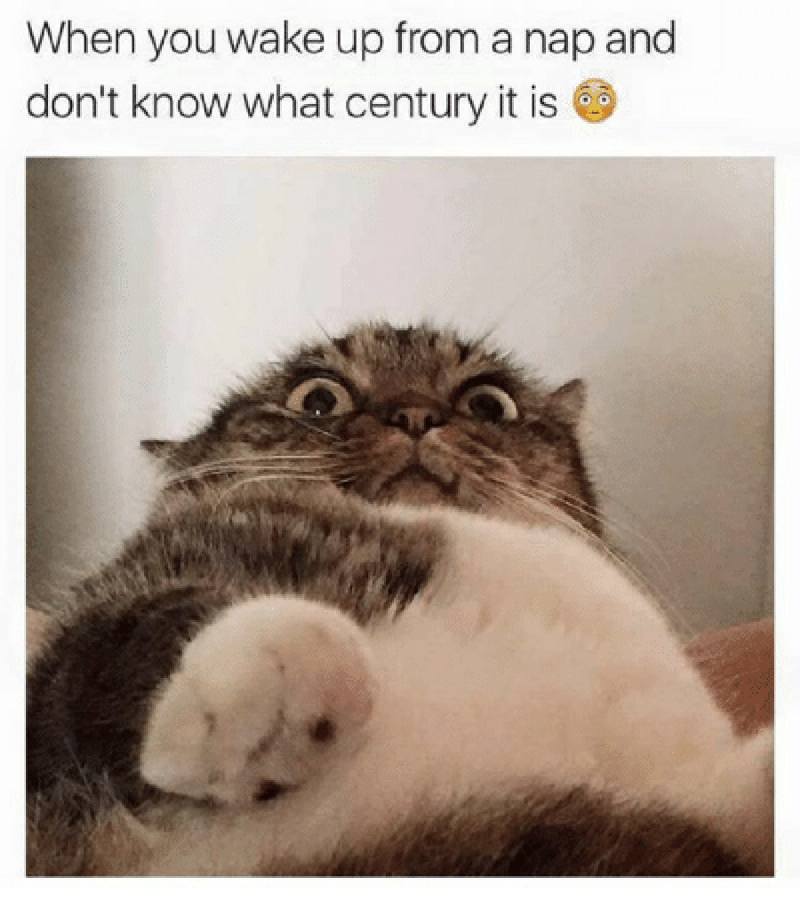 The latter is called sleep inertia, that temporary period of grogginess, disorientation, drowsiness, sleepiness, reduced alertness and impaired performance that occurs after waking. As for why it happens? It could be caused by just about anything:

“The literature states that sleep inertia is worse in people with some sleep disorders [like insomnia], and that it also depends on the length of the nap, time of day of the nap, the sleep stage you’re awakened from, core body temperature, chronotype and other behavioral and environmental factors,” says Terry Cralle, a certified clinical sleep educator and author of Sleeping Your Way to the Top: How to Get the Sleep You Need to Succeed. “Some studies also have demonstrated that waking from deeper stages of sleep is associated with greater sleep inertia.” That’s because long periods of sleep cause the body to produce higher levels of melatonin, a hormone that induces sleepiness.

Because the effects of sleep inertia are akin to being totally slosh-housed, Cralle warns off doing anything intensive while in this state. “It’s important to not drive or operate machinery during an episode of sleep inertia, because reaction time and level of concentration is greatly impaired,” she says. “This is a relevant issue for people who need to make important decisions soon after waking — like pilots, on-call emergency workers and physicians.”

She’s right: Major aviation and marine accidents have been attributed to sleep inertia.

Which brings us to our most important query: How the hell does one take a nap without waking up in what can only be explained as a drunken stupor? “One way to lessen the effects of sleep inertia is to drink caffeine directly before your nap,” Cralle suggests. Though it sounds paradoxical, the effects of caffeine peak about 30 minutes after being consumed, which leaves just enough time for a quick nap, immediately followed by a jolt of caffeine-induced frenzy.

Speaking of quick naps, limiting your naps to 20 minutes or less also helps, since this prevents sleep-inducing melatonin from building up in the body. Above all, though, Cralle recommends consistently getting enough sleep (which means having a regular bedtime).

If that doesn’t do the trick, a 2003 study found that post-nap face washing and exposure to bright light “suppressed subjective sleepiness immediately after napping.” Another study found that “excitative music, regardless of preference for the type, exhibits positive effects on sleep inertia, and that higher preference music further stimulates the daytime arousal level.”

Well, you heard it here: Put the “power” into “power nap” with some power metal, then go wash yer face, you dozy animal.