In a recent study published in the journal Archives of Sexual Behavior, 27 percent of roughly 4,000 men polled were dissatisfied with the size or shape of their penis. The study also noted that those men who were dissatisfied were less sexually active than those who were not.

The upshot of all this penile dissatisfaction is that more and more men are trying to fix their perceived problems by injecting things into their nether regions — something that will become even more prevalent when male birth control becomes more widely available. Case in point: Vasalgel, an injectable gel that filters sperm in the urethra, is still in clinical trials and around five years from hitting shelves; you can follow its progress on Facebook.

In the meantime, here are all the things — some good, some mind-bogglingly awful — that men are injecting their genitals with, and why…

To Treat Erectile Dysfunction
Priapus Shot: David Harshfield, medical director of the ReGen Clinic of West Texas, describes the P-Shot as “a procedure where platelet-rich plasma is obtained via a simple blood draw from each patient, which will restore the nerve function necessary for natural blood flow to improve erections.”

In layman’s terms, it works like this: They take your blood and spin it around in a centrifuge to extract said platelet-rich plasma (the main function of blood platelets is to stop bleeding, but they also spur growth). The doctor then applies a local anesthetic and injects the blood back into the sides and head of your penis with a tiny needle (0.01625 inches in diameter, similar in size to a Botox needle).

The procedure itself only lasts about 30 minutes, but will run you up to $2,500. Patients are able to get a natural erection within 48 to 72 hours, and because “platelet-rich plasma injections increase blood flow to the glands in the penis naturally,” Dr. Rowe told us, “the effect of [the single shot] is longer-lasting, and the treatment can increase blood flow for years” — if not permanently, according to some clinics. In other words, since you’re restoring natural functionality of blood flowing to the penis instead of chemically inducing blood flow, your penis could return to naturally achieving erections indefinitely.

Caverject, Edex and Trimix: Unlike the P-Shot, these are self-administered, one-injection-per-erection shots. These medications actually hit the market before Viagra, and worked on 80 percent of men in clinical trials. The injected medicine works similarly to Viagra in that once injected, it dilates the arteries of the penis, allowing for blood flow, with an erection occurring within 5 to 15 minutes afterward. The amount of medication you inject is dictated by a doctor, who also will oversee your first self-injection before you go home. Once you’re on your own, J. Francois Eid, of Advanced Urological Care PC, notes that you “should only inject up to 12 times a month, and alternate between the left and right side of the penis.”

Warning: Don’t be greedy. If you don’t have erectile dysfunction and are just looking to achieve some kind of super-boner status, things won’t end well. One Reddit user had to go to the emergency room after injecting a high dose of Trimix in hopes of experiencing longer-lasting erections: “I got the wife on board for a night of marathon sex, injected myself, and almost instantly got the thickest and hardest erection I’ve ever experienced,” he wrote. “4 hours later I rushed to the ER. I could not walk and required a wheelchair because the sensation of it rubbing against my shorts as I walked was incredibly painful. Eventually [the doctors] got a butterfly needle and proceeded to extract a STUPENDOUS amount of blood [from my penis], taking turns squeezing [it] like a lemon.”

You can read the rest of the story here, if you can stomach it.

To Make it Bigger
Fat: Men looking to increase the girth of their penis can get fat grafted from their abdomen and injected between the penile skin and the penile erectile tissue. Beyond the common complications that go along with penile injections (infection, abscess, deformation), the main problem with injecting fat into your penis is that it could all be rendered futile if the blood vessels don’t properly grow into the fat tissue. 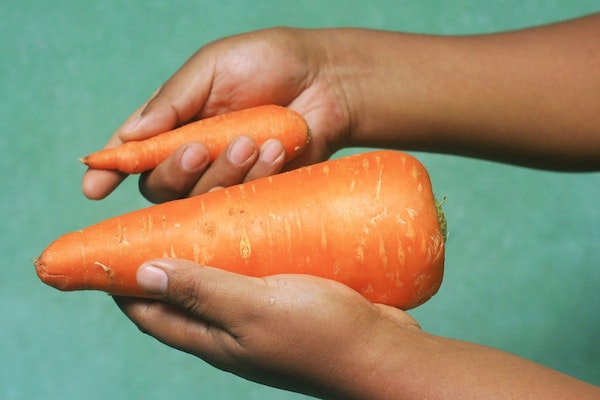 “The injected fat is extremely fragile and needs to remain fairly motionless in order for blood vessels to grow into the tissue,” says cosmetic surgeon Dr. Arthur Perry in his book, Straight Talk About Cosmetic Surgery. “If they don’t grow in three days, the fat will die and be absorbed by the body.” It’s a likely outcome, says the AUA, which estimates 30 to 100 percent of the fat injected into your penis could be reabsorbed into the body within the first three months.

So unless you’re interested in re-injecting your penis with fat every three months, maybe look elsewhere for a solution.

Collagen: Due to the number of collagen injections being advertised and sold through disreputable online retailers, collagen injections are a popular choice for men looking to gain penis size. But since they’re self-administered — and because online retailers are only held to the regulatory standards of the country in which they are produced — complications are common.

As a case study in the National Library of Medicine noted, “There is no reliable material as filler for penile soft tissue. … Because of their composition and biochemical characteristics, they may act as a foreign body in the tissue, eliciting severe allergic reactions.”

Translation: Different manufacturers offer slightly different compositions of collagen injections, so there’s no guarantee your body is going to accept the new tissue, and may even outright reject it.

That’s basically what happened to the subject of another case study who bought a collagen injection after searching “collagen penis injection” on Google. Within 24 hours he was hospitalized with severe inflammation and red bumps running along his shaft. After three days of getting pumped full of antibiotics, he was discharged, but his erectile dysfunction lasted another two weeks.

Priapus Shot (again): According to both Harshfield and plastic surgeon Norman Rowe, the aforementioned P Shot also can help increase girth — the Genesis Health Institute claims 60 percent of P-Shot patients have reported gains in length (up to half an inch) and girth. “Not infrequently, men who have undergone the procedure report a fuller, firmer erection,” Harshfield says, while reiterating that the P-Shot’s primary medical purpose is for ED and Peyronie’s disease. 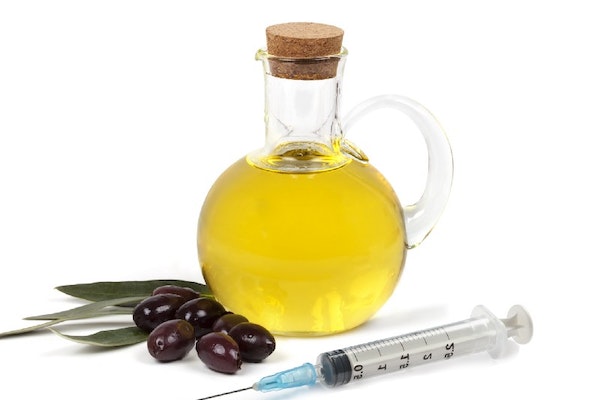 Olive Oil: In 2005, rumors were rampant among the men of Thailand that injecting olive oil was a widely available, cheap way to increase penis size. Within a year, the country’s Department of Medical Services had to issue a nationwide plea for men to stop shooting olive oil into their genitals. In a report by Pattaya Today, the surgeon general of the Police General Hospital said that “tens of thousands of men have [injected themselves]” and that doctors were seeing “30 or 40 patients turn up at the hospital every month.” Thai hospitals witnessed everything from deformities to a man who needed his genitals removed after developing penile cancer from recurring infection.

HGH: It would seemingly make sense that human growth hormone injections would add size to your penis, but the science behind how it works contradicts the popular myth. “Localized injections of HGH will have no effect except due to swelling or irritated penile tissue,” says Discipline777 in a “Let’s settle this HGH topic” thread on PEGym, a website dedicated to sexual improvement for men. “You’re just increasing your chance of infection, abscess and all kinds of injury by shooting into your [penis],” he asserts.

He’s correct: HGH never induces site-specific growth. That’s because HGH must first enter the liver in order to work. It’s only then that it releases the relevant growth hormones — IGF-1 and IGF-2. Injecting it directly into the penis is no more effective than injecting it into your shoulder.

One Reddit user — Jynxbunni on the r/BDSM subreddit — advises that “when injecting, you want to pinch and pull a bit of skin between your thumb and forefinger so it makes a little tent. Then put the needle in, but not through, the tent.” From there, you can let the saline inflate the scrotum until, according to Jynxbunni, “It feels very tight. But if it ever gets painful, stop immediately.”

Beyond discomfort, the practice carries a number of risks: Not only might you get tired of a heavy water balloon hanging between your legs after day two, you could also contract infection, scrotal cellulitis and gangrene.

All things considered, it’s probably best to leave any injections involving your penis to your doctor.