This is what I say to myself every day before leaving my house. The first two have their designated spots: The wallet goes in the front left pants pocket, phone goes in the front right, but the keys screw me up. Usually they go with the wallet, but sometimes that pocket is also full of receipts, so the keys go in the other side. But then that has the potential to scratch up my phone. Then some days I need two sets of keys — one for the car and the other for work. If I’m not wearing a jacket, where do I put them all?

For whatever reason, I cannot figure out a workable system that completely satisfies my desire to not carry too much stuff while still having everything I need for the day. In pathetic desperation, I asked a few doctors and a men’s fashion expert for advice. 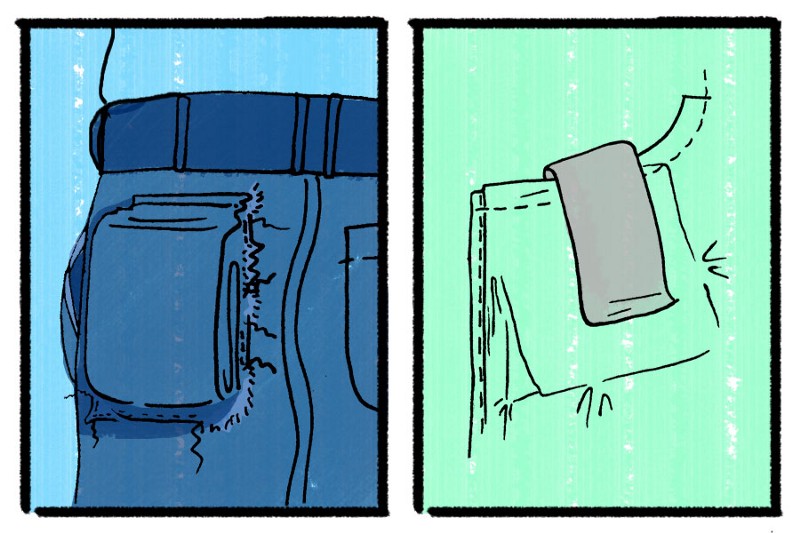 “Nothing should go in a back pocket, ever,” says Todd Hanshaw, the former style director for Wynn Magazine, who has also styled many photo shoots for Vogue and Italian Vogue. He stresses that not only does it leave you a prime target to get robbed, but that it “makes your ass look funny.”

Doctors concur: “One of the most frequent problems I see in my office [are] spinal misalignments due to a patient sitting on a wallet for hours on end,” says chiropractor Austin Davis. He adds that putting that thick piece of cowhide on one side of your butt can lead to everything from “pain to pinched nerves.” As with so many things, it turns out Seinfeld had it right all along.

The infamous Costanza wallet brings Hanshaw to his other point: “You don’t want to be a hoarder.” So throw out those excess receipts and anything else in your wallet that you don’t need: An I.D., a credit card or two, some cash and a metro card should be more than sufficient. To hold it all, a simple slim wallet is good, or just a card case or money clip, but never, ever carry a tri-fold wallet, as “it does not belong on a human,” according to Hanshaw.

In terms of where it should live, Hanshaw claims the front left pocket is the prime location for the wallet or money clip, as this allows you to use your right hand for your phone. This would be reversed for lefties. 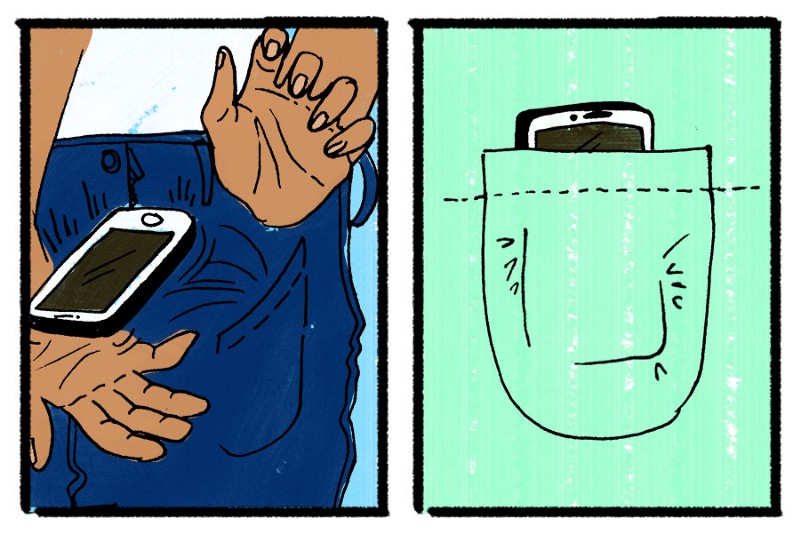 Is it safe to keep your phone in your pants pocket? It seems that the jury is still out on this one. One expert we reached out to, pediatrician Helen Caldicott, cautioned, “Cell phones consistently give out microwaves which are carcinogenic and mutagenic to organs such as male genitalia.” Yikes!

Hanshaw, meanwhile, says that he prefers not to keep the phone directly on him, but that’s more about ease of access than anything else: Keeping the phone in a bag or in his coat pocket allows him to answer it without having to stand back up. If he doesn’t have a coat or bag, though, he puts it in the front right pants pocket. 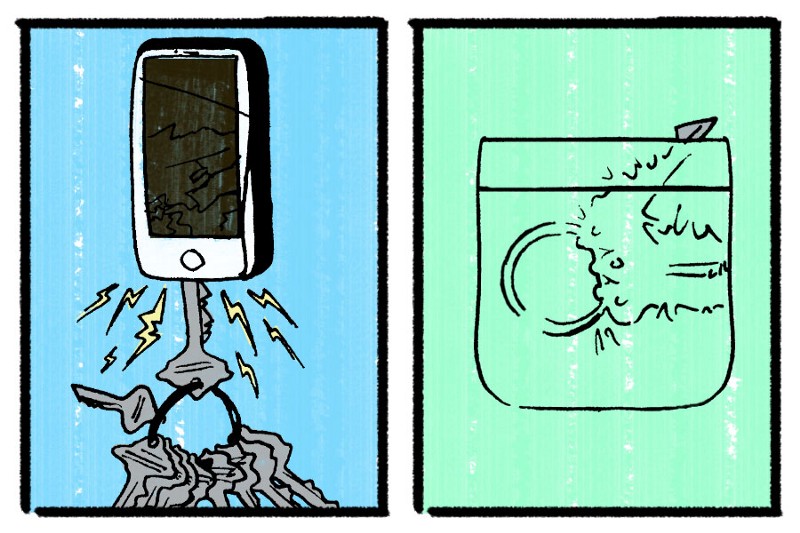 To avoid phone screen damage, your keys shouldn’t share the same pocket as the phone. And like the wallet, you don’t want to carry too many keys. “So many people have these key rings and they have 45,000 keys on them,” says Hanshaw. ‘When are you going to go see your mother in Minnesota? Not while you’re out getting ice cream.” He recommends that you carry just the basics for what you need for your day — home, office, car, etc. He also says that key chains are a waste of your time — sorry, skaters. 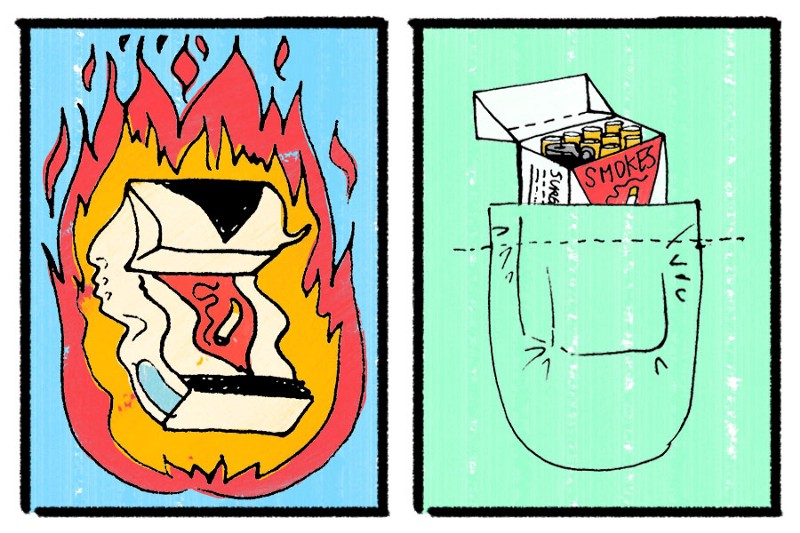 “I put them in my front right pocket if I don’t have a bag with me,” says Hanshaw, adding that he tucks the lighter into the pack (after a couple have been smoked to make room, of course). As long as your phone isn’t a giant clunker, he says, it should all still fit.

“You want to look trim,” is Hanshaw’s overall pocket-filling advice. Carry only what you need with you on a day-to-day basis: If you need to carry more, a book bag or messenger bag (in either black or brown or canvas, ideally) is the way to go. Remember what we said about Seinfeld always being right?

You’re a fancy boy, Jerry. But you’ve taught me what I needed to know.