There’s nothing unusual about emerging from a warehouse party in L.A. at 6 a.m. to see the greyish light and smoggy sun make downtown’s bricks and cement glow, sickly birds chirping and pupils dilating. It’s the inverse of the golden hour, usually shared by Uber drivers, truckers unpacking 18-wheelers and the night-shift crowd starting to make their way home.

This June morning, however, is shared by the 100-odd people who have gathered in a warehouse occupied by a Vegan restaurant for the L.A. edition of Daybreakers, a rave that greets the morning as opposed to ends the night. A three-piece brass band improvises over the tech-house DJ’s music, amping up the crowd before they disperse to their office jobs or co-working hubs. Until then, they’re shaking and sweating. They’re forming circles and break dancing. They’re sipping juice and smiling.

“We have coffee, tea, water — anything that’s not alcoholic,” explains Argine Ovsepyan, an organizer of the event. “The sober people who come tell me it’s amazing ’cause they can dance without having to deal with alcohol.” 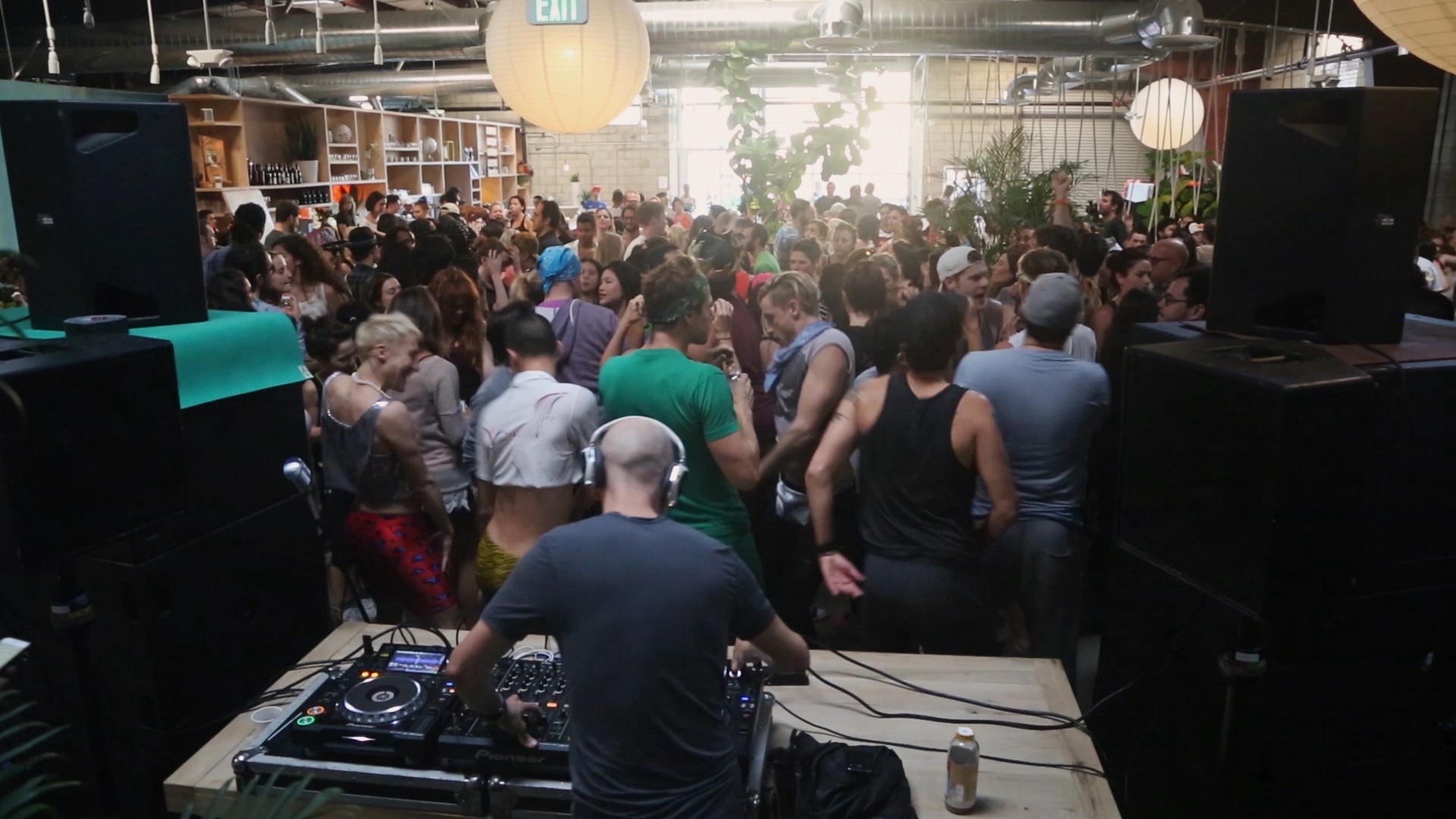 The crowd is on the smaller side. Previous Daybreakers rallied 380 people to a yacht in Marina del Rey. A recent event at a bar in Santa Monica drew enough guests beyond capacity to get busted by the cops. With parties in London and Atlanta — and expansion plans including Cape Town, Tel Aviv and Hong Kong — the group threatens to go global, a sober permutation of the EDM trend. “People in the warehouse community think it’s something they have to hide,” says Jenn, a 30-year-old volunteer. “But they don’t have to hide this cuz it’s sober.”

In fact, it’s impossible to hide here. The daylight filtering in through the skylight — viewed through the unscratched goggles of a sober brain — illuminates everything inside. With no strobes or lasers, the Highlighter-green tanktops and patterned leggings populating the dance floor blare as opposed to flicker. Dancers’ tongues reveal which color juice they tried. The high kicks and spins of an older man — Brook Vericker, who bills himself as the world’s oldest raver on YouTube — in jeans and cowboy boots transition crisply.

“My kids turned me on to his music, and I love it,” he explains. The 63-year-old used to frequent LA’s warehouse scene. “Not so much anymore,” he says, after he decamped to Palm Springs and faced a two-hour drive at the end of the night. But at 8:30 a.m., he’s competing with rush hour, as opposed to fatigue. Meanwhile, his younger peers, sweaty and smiley, head to brunch or work, as opposed to each others’ beds.