Like the Kentucky Derby and the Indy 500, life is a race. And while it doesn’t come with cheering crowds and giant TV ratings, it is mega competitive thanks to leftover urges from our caveman days—a topic we explored in the May Bathroom Minutes feature, “Off to the Races.” However, unlike beating your coworker to a promotion or making sure your kid gets into the better college, some of the things we compete over aren’t quite so sensible. Like, for instance, the bizarre (and occasionally deadly) competitions listed below.

World Worm Charming Championships
The Competition: Assigned a roughly 10×10-foot plot of land, participants in the World Worm Charming Championships in England have 30 minutes to lure out as many earthworms from the ground as possible. Most wormers coax the wiggly guys out by creating vibrations in the dirt using a pitchfork-like rod, a musical instrument or a tactic called grunting—a.k.a. dragging a metal rod back and forth over the top of a wooden stake in the ground.
The Lengths They Go to Win: Local residents train year-round for the championship by charming worms in their backyards, but you won’t find Kevin “They’re Under the Goddamn Ground” Bacon in Tremors during this challenge. Hands get dirty, but no worms are harmed during competition—officials even wait until nightfall, when the birds have gone to roost, to release the worms back into the ground.
What’s at Stake: Your pride as you serenade a bunch of worms. 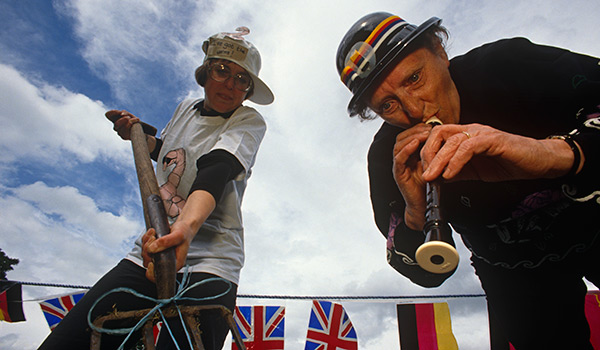 Cooper’s Hill Cheese Rolling and Wake
The Competition: Every May, the residents of Brockworth, Gloucestershire, England, put their limbs and any notion of common sense to the test by careening down 200 yards of extremely steep and uneven terrain known as Cooper’s Hill in hot pursuit of an 8 lbs. wheel of Double Gloucester cheese.
The Lengths They Go to Win: Injury is practically guaranteed. Between splinters, sprains and broken bones, numerous contestants are carted to the hospital each year without fail. Because of this, the county stopped officially managing the event in 2010, despite being a tradition that’s been going on for centuries. That, however, hasn’t stopped hundreds of locals and visitors from continuing to put together a DIY-style competition every year.
What’s at Stake: Ankles, mostly 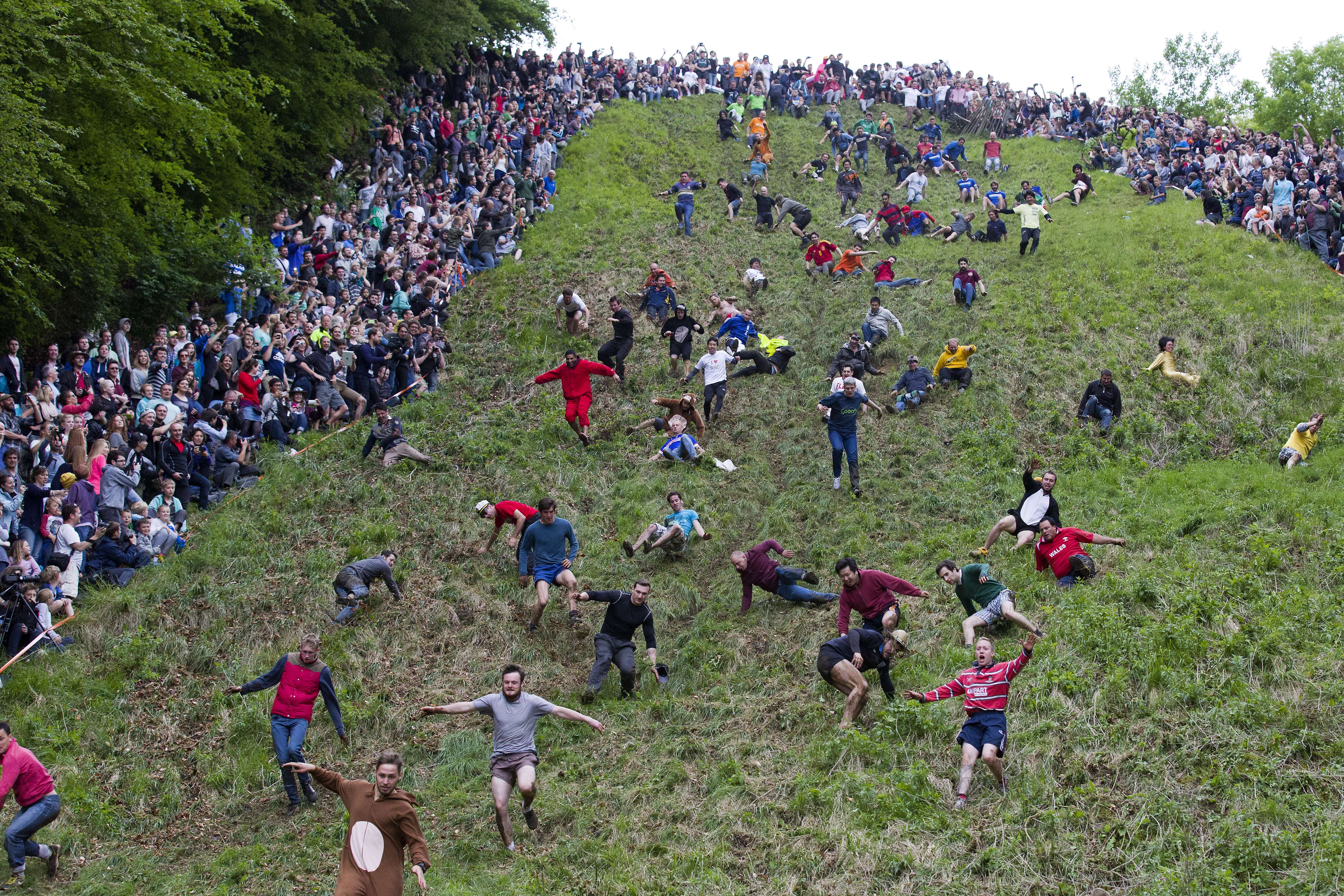 World’s Most Decorated House
The Competition: Setting the Guinness World Record for Most Lights on a Residential Property.
The Lengths They Go to Win: For two families, the Christmas season is an all-out war. In 2011, the Richards family of Canberra, Australia, set the Guinness World Record with 331,038 twinkling lights. This record stood until 2012, when the Gay family of LaGrangeville, New York, decided to one-up the Richards with 346,283 lights (synchronized with music). The Richards, of course, would not let this aggression stand. The next year, the Australian clan smashed the Gays’ record with 502,165 lights—only for the Gays to top them again in 2014 with 601,736 bulbs of retina-damaging Christmas spirit.
What’s at Stake: Your electricity bill, remaining on speaking terms with your neighbors and possibly the ozone layer. 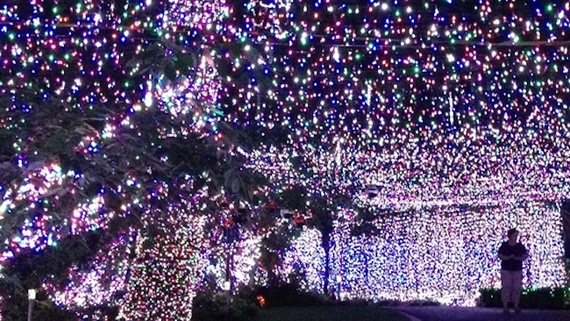 Britain in Bloom
The Competition: In England, gardens are a serious business. And one of the most heated competitions is the annual Britain in Bloom, where judges go from town to town deciding who has the best flowers and community gardens.
The Lengths They Go to Win: Winning the title can increase property prices, bring in tourists and even attract new businesses, so the competition is fierce. Prized flower beds have been hacked to death by jealous local rivals, and irrigation systems spiked with toxic chemicals.
What’s at Stake: Your feelings when the judges call your garden lame or when the neighboring county’s locals chop up your beautiful flowers. 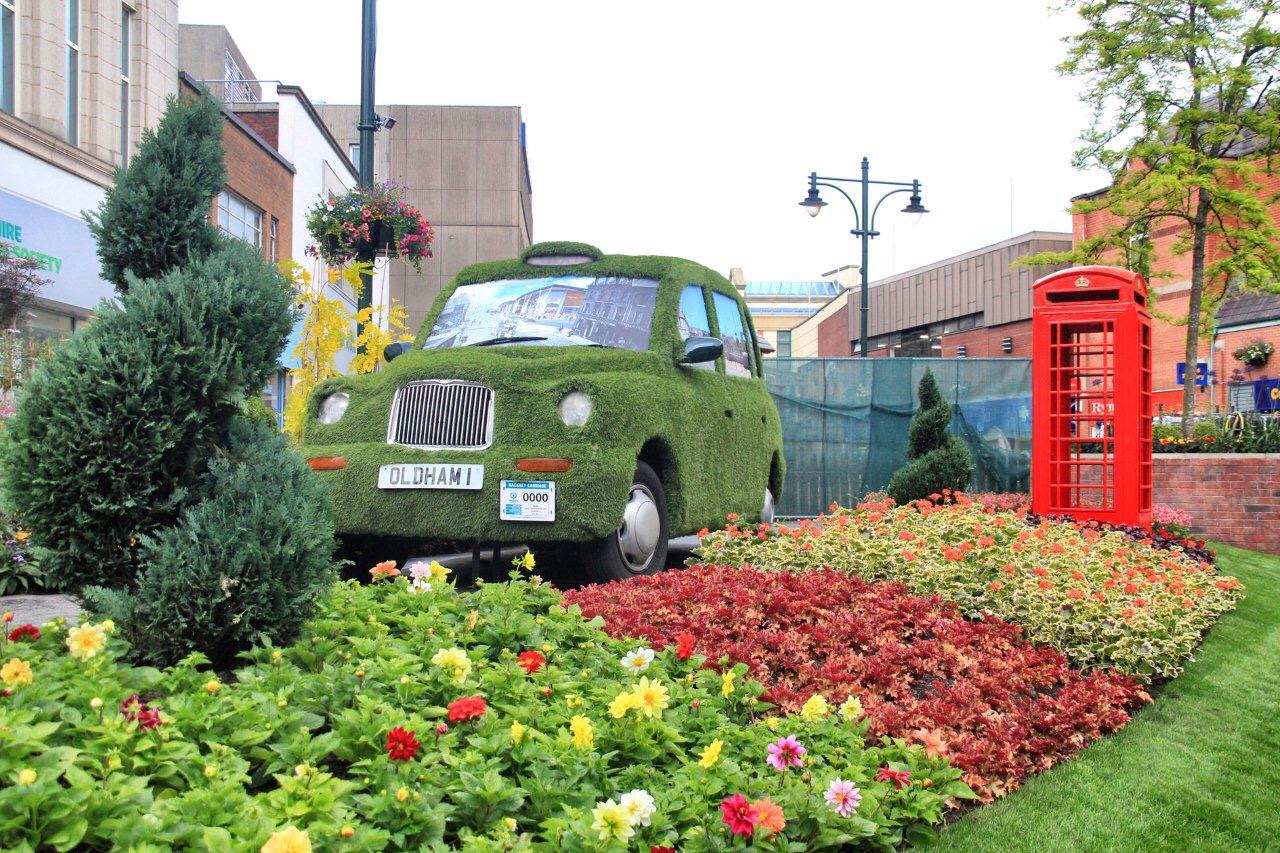 North Pole Marathon
The Competition: 26.2 miles of running on the frozen waters of Barneo, a drifting North Pole camp that the Russian Geographical Society chills on.
The Lengths They Go to Win: The length is self-evident: 26.2 miles; the cost, however, is less well-know. First, runners have to get themselves to the Svalbard islands off the northern coast of Norway, which can cost up to $2,000. Then they’ll be flown into Barneo, where they’ll run a full marathon in frigid temperatures that hover around 22-degrees below Fahrenheit (and an even colder wind chill) with only 6 to 12 feet of ice serving as the barrier between their feet and the Arctic Ocean below. Oh yeah, and did we mention the $15,740 entry fee?
What’s at Stake: Your wallet and any extremities vulnerable to frostbite. 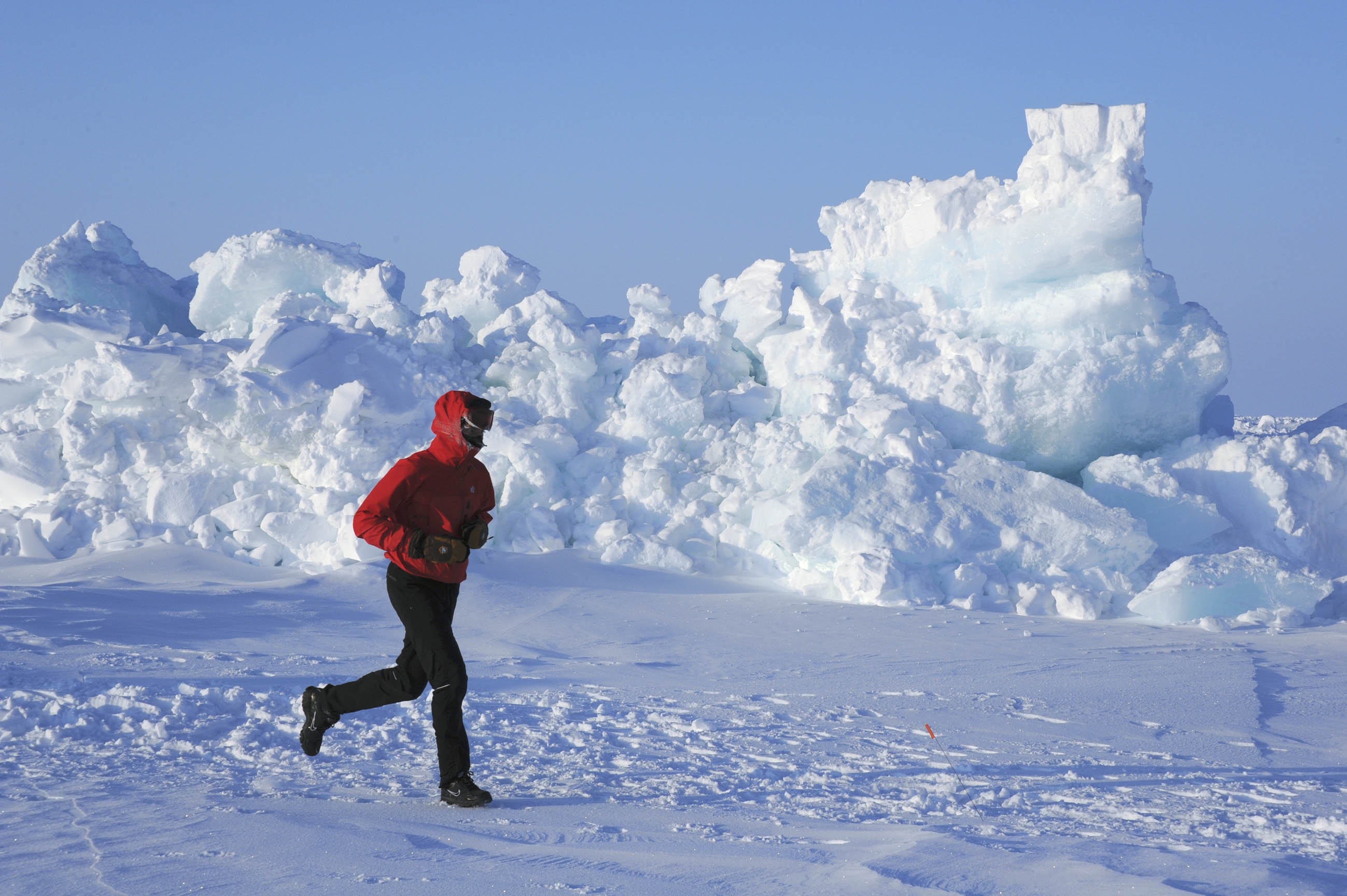 World Gurning Championships
The Competition: Gurning—or making grotesque faces—has been a fixture of the Egremont Crab Fair since medieval times (the epoch, not the restaurant). The winner of the competition is generally regarded as possessing the ugliest face in all of the land—or sort of the exact opposite of the Miss Universe pageant.
The Lengths They Go to Win: Peter Jackman, a four-time World Gurning Champion, went so far as to have his teeth removed in hopes of presenting the gnarliest face possible.
What’s at Stake: Your teeth and being photogenic.

Fattest Man Competition
The Competition: For the Bodi Tribe in Ethiopia, each year sees young, unmarried men compete to see who can become the fattest man in the community. The Dinka Tribe in Sudan have a similar competition.
The Lengths They Go to Win: Men gorge themselves on milk and cow’s blood for months, trying to move as little as possible so as not to expend too much energy. It’s not a total lounge fest though—stomachs have been known to rupture on the quest for that perfect beer belly. During the ceremony, contestants are judged on their size and girth. The man who’s proclaimed the all-around fattest is considered a hero for the rest of his life since being fat is seen as a symbol of wealth and prosperity. That said, most men lose the weight after the competition is over.
What’s at Stake: A serious belly ache.

World Sauna Championships
The Competition: Finnish competitors see who can withstand the crippling sauna heat the longest, with temperatures reaching more than 230 degrees Fahrenheit. (For reference: water boils at 212 degrees.)
The Lengths They Go to Win: Some like it hot; some like it melt-your-skin-off hot. Contestants incur nasty blisters and extreme burns. In the 2010 finals, a man actually died, while his opponent was rushed to the hospital. Suffice it to say, this championship is no more.
What’s at Stake: Your life. 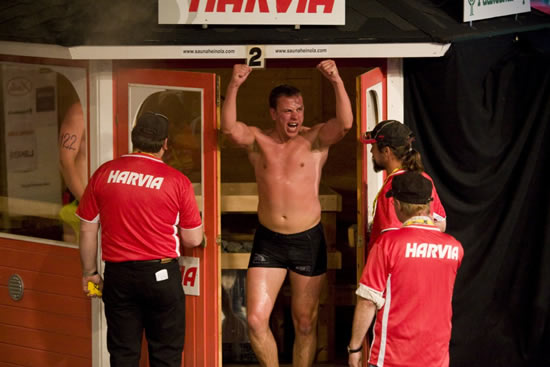