Thirty-two-year-old Allie Knight is the rarest of specimens: a female, millennial long-haul truck driver. “I always wanted to drive the biggest and best anything,” she tells me from a boat in Hawaii, where she is on vacation with her other half. “Snowmobiles, four-wheelers, motorcycles, anything with an engine that I could get my hands on. But I got told a lot when I was kid, ‘You’re a girl, you can’t drive that. It’s too big.’”

And so, she went even bigger. Specifically: a 20-ton Peterbilt 579 nicknamed “Lazarus.” 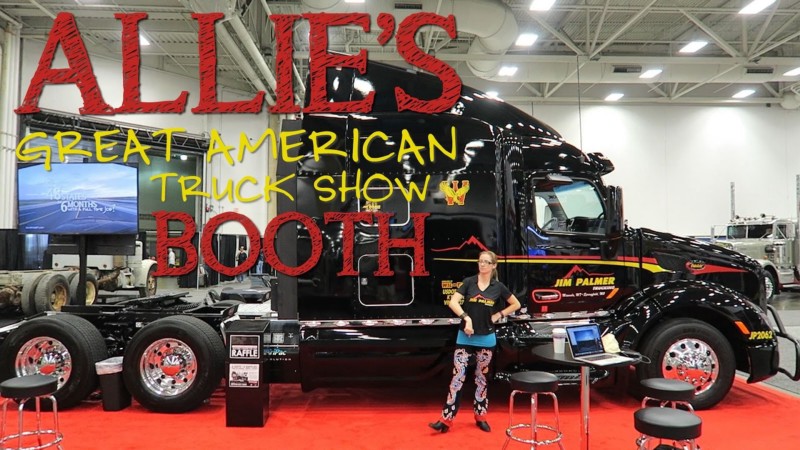 Since early 2014, Knight has driven it all over the contiguous United States — a daily journey she chronicles on her YouTube channel. She quickly amassed a loyal audience (70,000 subscribers and counting), and these days, she garners about half a million views per month. The demographic? Ninety-four percent men, aged 24 to 55.

Getting there, however, was a harrowing feat. “I got stuck in a truck with an older driver and spent five weeks living in the 8-by-10 cab with some dude I’d never met before,” she says about the process of earning her commercial driver’s license. “He was determined to think that a girl shouldn’t be driving a truck. I did learn a lot from him, but it was hard to share a truck with a stranger, especially one who doesn’t think you should be doing that job. It’s the only way you can learn to do the job, though.” 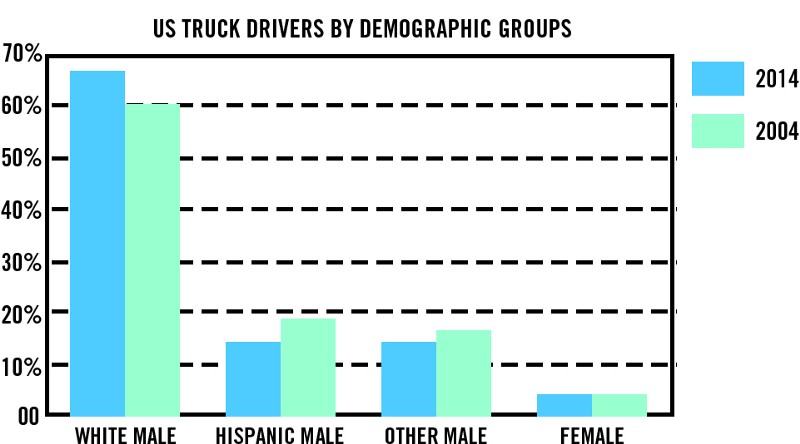 Knight is in every way unusual for a long-haul truck driver — she’s a woman (they’re 96 percent men), she’s well under the age of 50 (the median age of truck drivers) and she actually wants the job (according to the American Trucking Association, there will need to be 890,000 new drivers by the end of 2025 to meet rising demand).

“I got wind of Allie through a Monster ad four years ago,” says Jane Jazrawy, cofounder and CEO of CarriersEdge, an online training provider for truckers. “I was like, ‘Holy crap, there’s a young woman driving a truck?!’ It’s crazy. Millennial women just don’t do that.”

Nor do millennial men, really, which Jazrawy blames on an outdated image of a rugged, aging cowboy behind the wheel. “It’s not what young people have been brought up to expect from their professional life. They’re expected to become lawyers and financial planners. Blue-collar jobs — especially driving a truck — is never on their minds.”

But she promises the trucking industry has a lot more to offer millennials than CB radio chatter — a la this scene from Smokey and the Bandit:

“Truckers aren’t even using CB radios anymore,” says neonedge, a trucking enthusiast I meet in the cbradio subreddit, who explains they all now use cell phones and Facebook Live instead.

“I don’t want to invite that kind of harassment into my truck,” Knight says. “Other drivers would try to get my attention on CB because I’m a girl, and [they want to] see if I’m by myself and where I’m stopping that night.”

Recognizing that younger drivers have different values, Nikola Motor Company, an American hybrid truck-design company based in Salt Lake City, has engineered its latest model to include more amenities than a state-of-the-art condo. The Nikola One sleeper truck, for example, comes equipped with a full-sized fridge, 4K TV, integrated Apple TV and wifi to connect them all to the internet. “The new generation, they love cool stuff,” Nikola CEO Trevor Milton told Inverse, an online magazine geared to young millennial men. “It’s really hard to recruit people into the trucking industry, so this is one of the things that can help with bringing people into the driver market.”

And while Daimler, Uber and Tesla have all revealed plans to replace drivers with autonomous trucks, that, too, could prove appealing to millennials, Milton explains. A convoy of autonomous rigs will still need a truck — with a real, live human driver — to lead them on their otherwise driverless route. That makes the gig less like a creepy horror film and more like Transformers.

Further, the trucking industry is doing everything it can to inject meaning into its work — the thinking being that this also will help them connect with millennials, who are known for seeking purpose over paychecks and finding jobs that make them feel significant and relevant. The marketing messages around recruiting drivers are aggressively pushing the idea that trucking is the unseen engine of the American economy: If you bought it, a truck brought it!

The same goes for philanthropic efforts like The Wall on Wheels that Heals, a miniature replica of the Vietnam Memorial Wall that trucking companies volunteer to transport to different locations nationwide, and Highway Angel, which celebrates drivers like Daniel Sieczkarski who help when other people are in trouble on the highway. Sieczkarski helped motorists trapped by Houston floods by swimming out to rescue people trapped in their vehicles.

As for Knight, she continues to helm her 20-ton “Lazarus” with two copilots (neither of whom, for the record, are millennials): a Welsh Corgi named Jet and a cat named Spike. “It’s hard to be a woman out here,” Knight says, “There’s still a lot of misogynist attitudes. Stuff like: ‘You’re a girl, you shouldn’t be driving that big scary thing all by yourself.’ And: ‘Where’s your husband?’ But it’s good, solid work.”

She’s also making a difference: at least one millennial has decided to follow in her footsteps — 27-year-old transgender shipper Ellie O’Daire, who was inspired to join Knight’s trucking company after watching her YouTube channel.