Three years ago, an r/AskReddit thread posed the following question: “What’s something unconventional everyone should try out?” Among the 7,000 responses was a man with a since-deleted account who relayed the story of a camp counselor telling him about the simple pleasures of eating an orange in the shower, and how it’s something he’s done ever since. Despite the creepiness of a camp counselor uttering the phrase — and I quote — “letting the juices run over your body” to a child, thousands of redditors responded by saying they were going to start eating oranges in the shower, too, while urging others to do the same.

Soon an entire subreddit dedicated to the Shower Orange emerged, with a following that recenty topped 30,000 subscribers and lots of visual evidence of those subscribers “losing their [shower orange] virginity” (i.e., pictures of wet, exhausted orange peels lying at their feet). 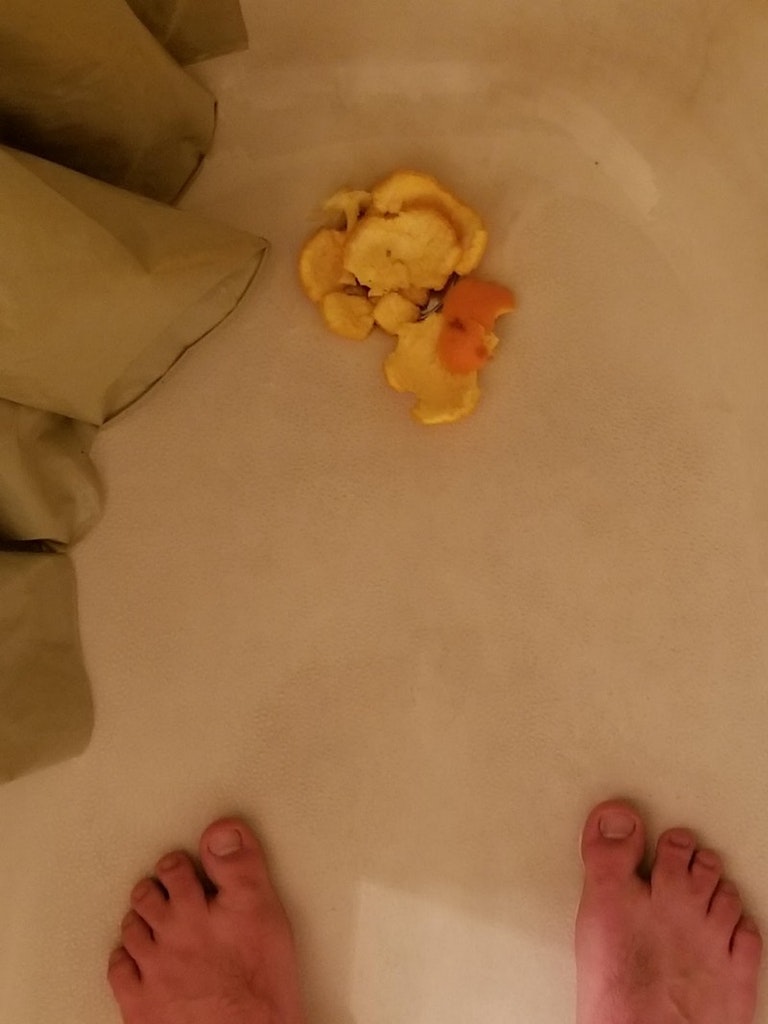 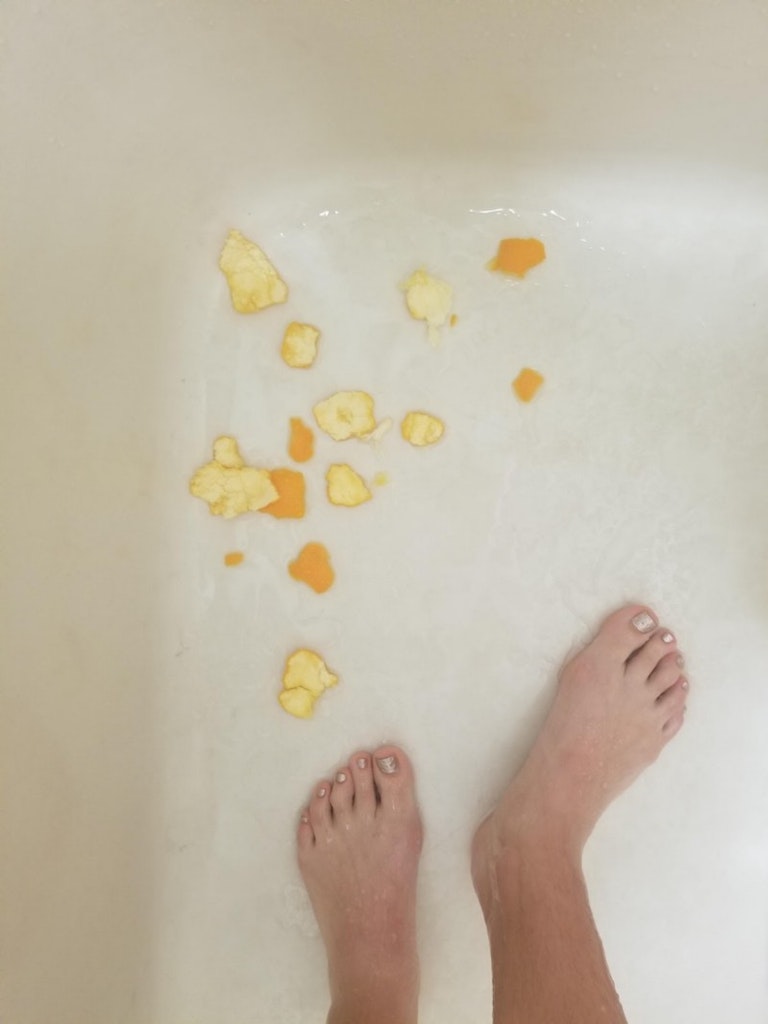 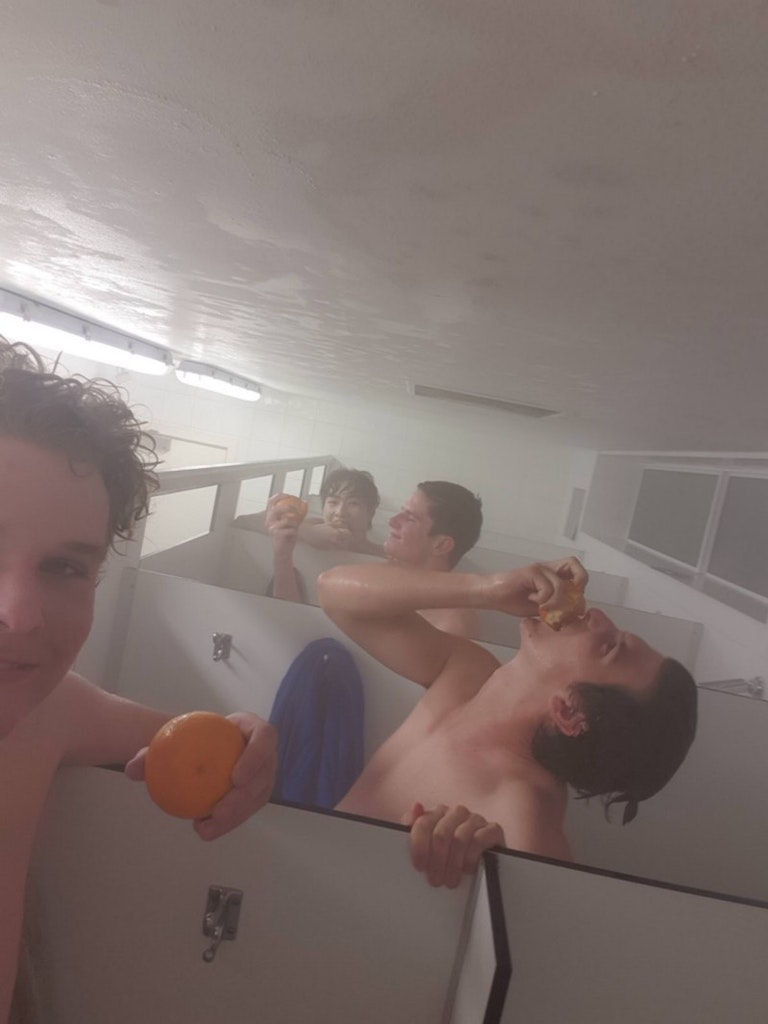 So what’s so special about eating an orange in the shower, and why do those who do often describe it in “primal” terms, saying they’ve “released the beast within,” or as one of the moderators instructed an out-of-the-loop redditor: “Eat the orange like you’re a savage who’s been starved for weeks. Dig your fingers into it and rip it open, holding it above your head and letting its sweet juices drip into your mouth… eat its guts out like a wild Cheetah eating its catch… It’s a great release, so therapeutic to let loose and go wild on some vulnerable little citrus snacks.”

But again, what exactly is so therapeutic about it?

First and foremost, there is some science to explain why people often describe the shower orange as tasting stronger than oranges consumed outside of the bathroom. “The heat makes the orange odors more volatile, and this, merged with the increase in mucosa humidity, makes the orange odor smell more in the mouth,” reasons Johan Lundström at the Monell Chemical Senses Center in Philadelphia explained to NPR last year.

Beyond the steam-enhancing flavors, Leila Porter, a professor of anthropology at Northern Illinois University, explains that the taste of fruit in-and-of-itself appeals to our inner primate. “Humans, apes, monkeys and lemurs eat a lot of ripe fruit. For example, two-thirds of the chimpanzee diet is ripe fruit. So eating a delicious, sweet fruit is likely taps into an ancient ‘primal desire’ for sweet food,” she says.

That said, she’s clear that the bathtub isn’t necessarily part of the primal equation. “Why someone would choose to eat ripe fruit in the shower probably has no evolutionary explanation. People easily get fixated on new fads.”

David Howes, the co-director of the Centre for Sensory Studies at Concordia University in Canada and author of Senses and Sensation: Critical and Primary Sources, agrees that there’s “nothing primal about the shower orange.” If anything, he says, “It’s actually quite sophisticated. Taste has only minimally to do with taste buds and is only contingently centered in the mouth. Flavor perception depends mainly on olfaction. And we know that sounds and weight (e.g., cutlery) and lighting have an impact on taste, too.”

Thus, he adds, the shower orange is very much in line with The Futurist Cookbook — basically an entire philosophy of eating (born of the Futurist Movement in 20th century Italy). For example, the cookbook describes a “tactile vegetable garden,” where guests were served…

“A large plate containing a wide variety of raw and cooked vegetables without any dressing or sauce. The greens can be nibbled at will but only by burying the face in the plate without the help of the hands, so as to inspire a true tasting with direct contact between the flavors and the textures of the green leaves on the skin of the cheeks and lips.”

“Whoever came up with the idea of biting into an orange while in the shower understands all about full-body eating,” Howes says. “The temperature of the shower, the feel of water coursing against the skin, the spurting of the orange — it sounds great!”

I, of course, don’t need to tell this to the moderator of r/ShowerOrange. “In the shower, it’s just you and the orange,” he rhapsodizes. “You become one as the sweet, sweet juices run down your cheeks and chest. You rip the peel away as you devour the supple, engorged flesh like you’ll never eat again. You transcend this mortal coil, however briefly, as there’s nothing in the world except you, the shower and the orange.”

If you haven’t tried it, he says, “There’s no quote I can give you that will do the damn thing justice. Instead, go to the damn supermarket, and buy a damn orange.”