Or any of these people.

According to the site, whose sole mission is to educate people on, well, their addictions and how and where to find help, nearly 33 percent of the 2,148 people who responded to their poll admitted to waking up naked after one too many drinks. And out of that group, 35 percent said it was vodka that had done them dirty, compared to just 22 percent for tequila. 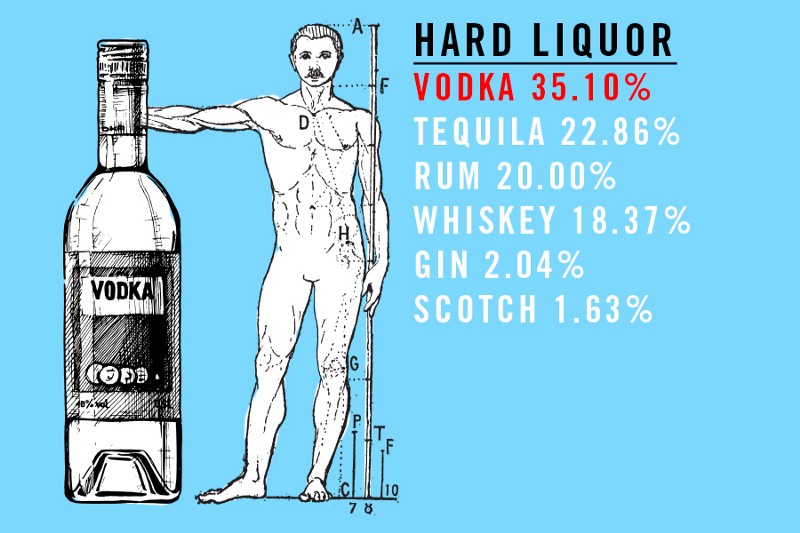 Similarly, on the off-chance you end up behind bars after going down a booze-fueled wormhole, it’s most likely vodka that put you there. A whopping 45 percent of respondents who told Addictions that a night of drinking led to a night in the slammer indicated they were drinking vodka before the cuffs went on, compared to just 11 percent who were drinking tequila. 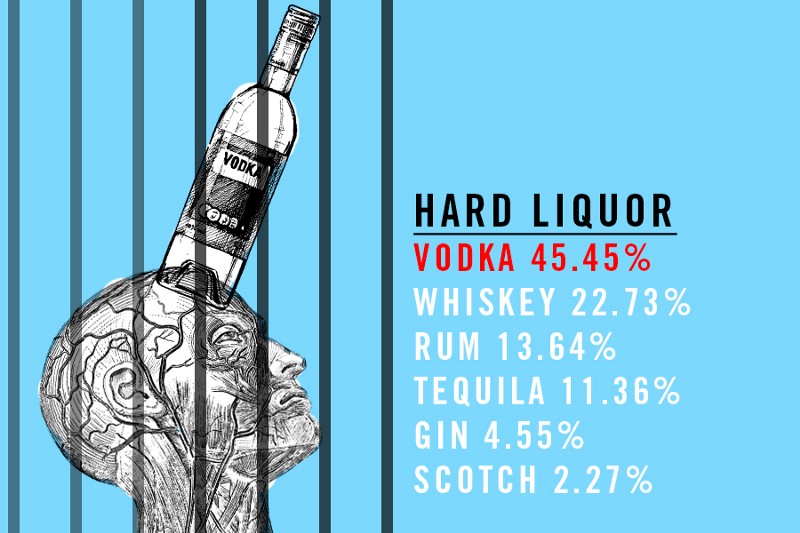 The likeliest reason for that jail sentence? Arson. Thirty-seven percent of respondents said that vodka had inspired them to set something ablaze in their drunken stupor. (Tequila was actually fourth on this list—behind vodka, rum and whiskey.) 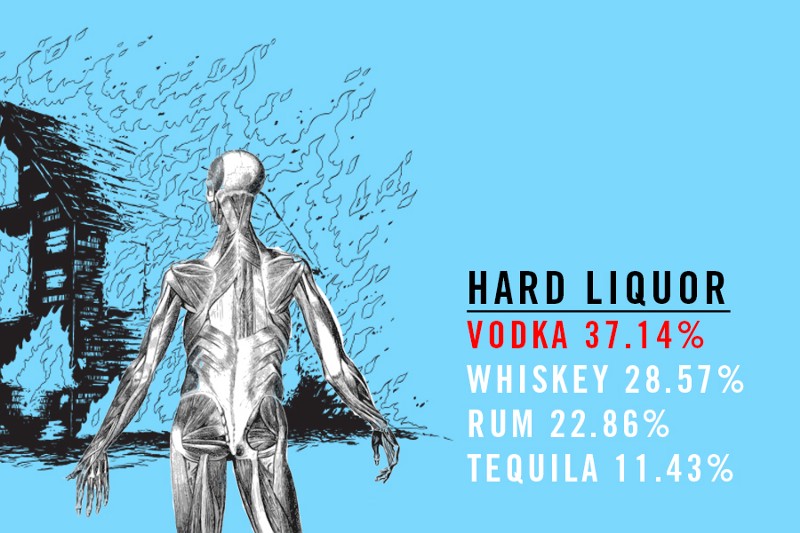 In the end, however—vodka or no vodka—the best way to ensure you keep all your clothes on and don’t end up using your shoe as a pillow in jail is to refrain from imbibing at all. Or, at least, pretend like you’re having fun and drink a delicious NA beer.