Despite evolving to leave the sea and never need to go back, we humans return to it with alarming regularity. This is despite the very obvious and constant reminders as to why we left in the first place: The sea sucks — from luminescent poison jelly to swimming bears with giant tusks, it’s swarming with predators.

To remind us to stay indoors this year, we asked for stories from three people who’ve been unlucky enough to experience the wrath of the ocean firsthand. These are their (frankly terrifying) tales.

Krishna Thompson, lost his leg to a bull-shark attack: Everything seemed so peaceful when I went for a morning swim on my wedding anniversary trip to the Bahamas in 2001. But then I saw a shadow out of the corner of my eye: It was a shark fin. I tried to jump out of the way of the passing bull shark, but it headed straight for me. It grabbed me by the leg, dragging me under. 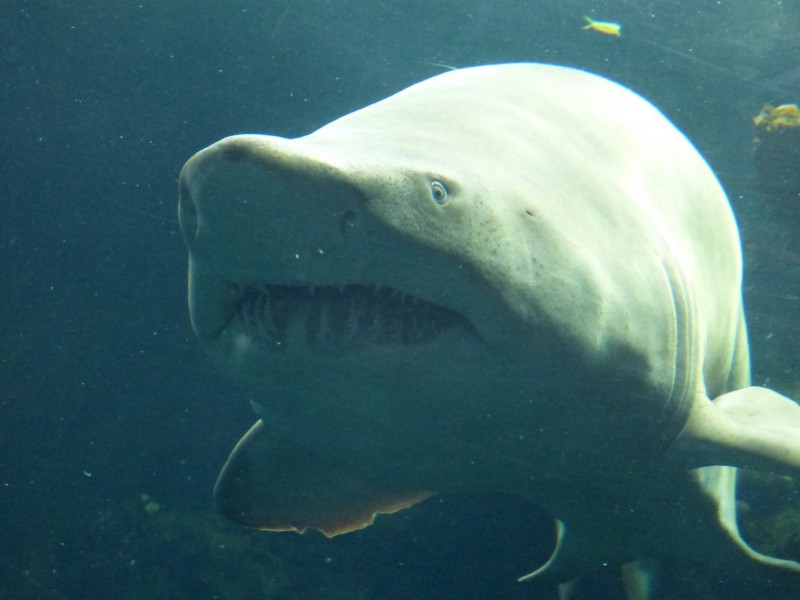 I recall seeing the sun and blue sky fading away as the shark pulled me deeper and deeper. Then I could hear the crunching sounds of my bones breaking in the shark’s jaws. The shark thrashed me back and forth like a rag doll. I knew I had to act: In one desperate attempt at survival, I twisted my body around and threw a punch to the shark’s head.

Much to my surprise, it let go.

I pummeled it a few more times, and it swam away. I looked at my leg and there was nothing left but bone — no flesh, muscles, tendons or veins. Nothing but white bone. I knew I’d lose my leg, and I wasn’t sure I’d even live. I used every breath and ounce of strength to make it to shore, where I crawled onto the sand and collapsed. Unable to talk to the bystanders who rushed to my side, I wrote my hotel number in the sand and then passed out. Rescue workers got me to a hospital where I actually died on the operating room table, but doctors revived me.

They amputated my leg. Today, I still work as a Wall Street banker, use a prosthesis and promote the importance of blood donations. I swim, work out at the gym and occasionally play basketball. My deadly encounter made me realize the urgency of having children, and I’m now a father of two. The near-death experience also gave me another purpose: Realizing I could turn tragedy into something good, I became a shark advocate with the group, Shark Attack Survivors for Shark Conservation. 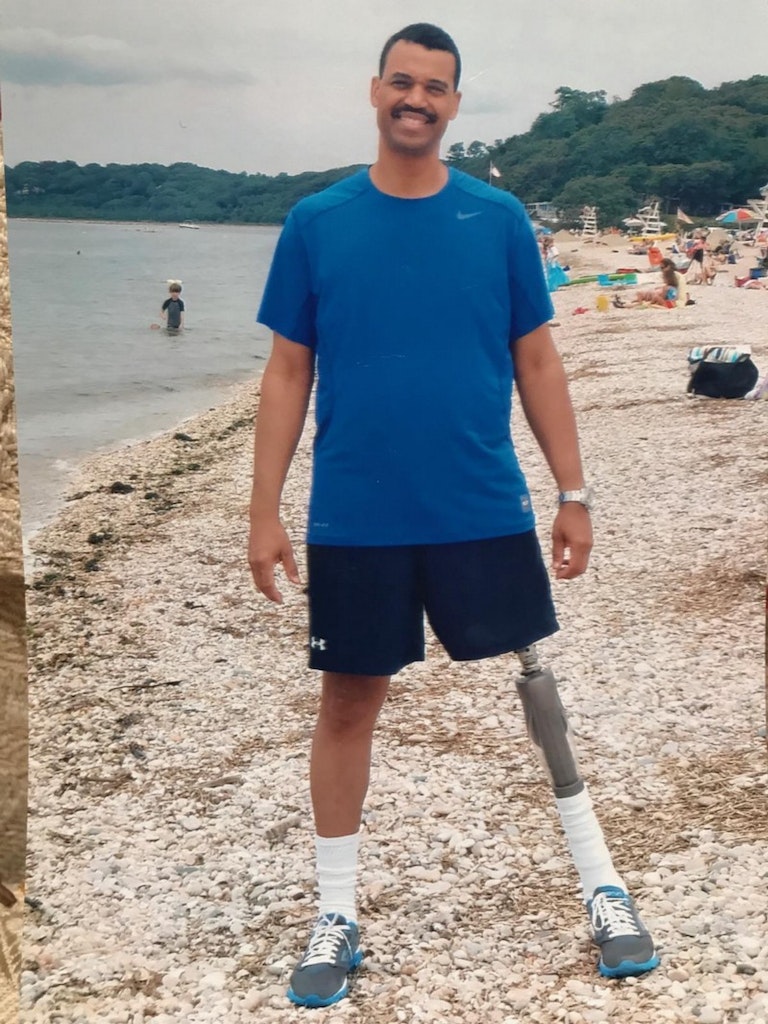 With 100 million sharks killed annually, I want people to know that sharks have more to fear from humans than we do from them.

Christian Einfeldt, stalked and ravaged by a sea lion: December 14, 2017, started out like any other day of swimming at Aquatic Park Cove in San Francisco. I walked to the park, jumped into the water and started swimming the quarter mile to the buoy in the mouth of the cove. I make a habit of turning around every 30 strokes to make sure I’m not being followed, as I know from research (and from having watched a friend get bitten by a sea lion just six months earlier) that they track humans from behind before biting them. That’s when I spotted him — turning around must have thrown a monkey wrench in his plans to track me unseen, because he surfaced and opened his mouth to display his teeth at me. This is a display of dominance they do to get other sea lions to back down, so I knew he meant business. 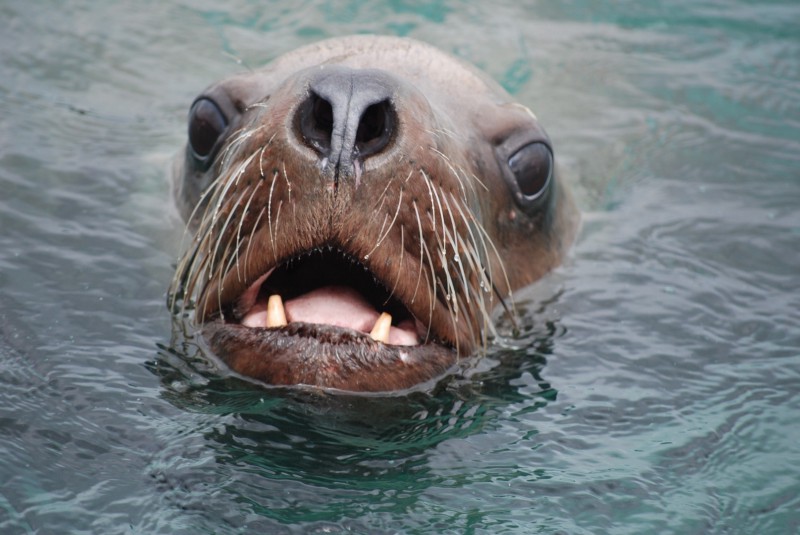 I pulled my legs up into a ball to reduce the target area in case he wanted to attack from below: Eighty percent or more of sea lion attacks are to the legs, and I didn’t want to have the large femoral artery in my leg severed by a single bite — after all, sea lions share the same ancestors as bears.

With my legs in a ball, I paddled backwards, never taking my eyes off of him. But it wasn’t good enough, and in less than three seconds, he’d come around to my right side and lunged toward my head, neck and shoulders. I knew that while I couldn’t stop him, I could deflect his energy slightly, and I instinctively tried to keep my major arteries in the upper arm and neck away from his mouth, while simultaneously pulling my face and neck out of range of his teeth.

As he brought his head around toward my right side, I simultaneously hit him with my forearms between his head and shoulders, and jerked my head back, like I’d watched Muhammad Ali do so many times to avoid a punch.

His head slid down my right forearm and he got his right front incisor into my forearm just below the elbow. I remember thinking, Oh, this is my sea lion bite at sea, and was instantly astonished that I wasn’t in incredible pain, because the shredded skin on my forearm was floating like a jelly fish in the water, and the water around my right elbow was billowing with blood.

I stayed in a ball, still paddling backwards to shore, while looking around for signs that he might return to finish the job. Fortunately, the last I saw of him was his rear flippers and tail as he submerged below the surface and was gone for good.

I yelled to a boat exiting the cove that I’d just been bitten by a sea lion and needed help. They brought the boat around, and while I bled all over the back of their boat, they radioed the Coast Guard who guided them to the neighboring pier, where an ambulance was waiting. The sea lion punctured my skin down to the muscle, leaving a wound that was about 1.3 inches in diameter. Fortunately, neither the muscle nor the nerves of my arm were damaged, so I had full use of my hand at all times and had no loss of sensation, except, of course, over the area where there was no skin. To this day, I have no issues, except for an occasional slight prickling sensation in the scars themselves. 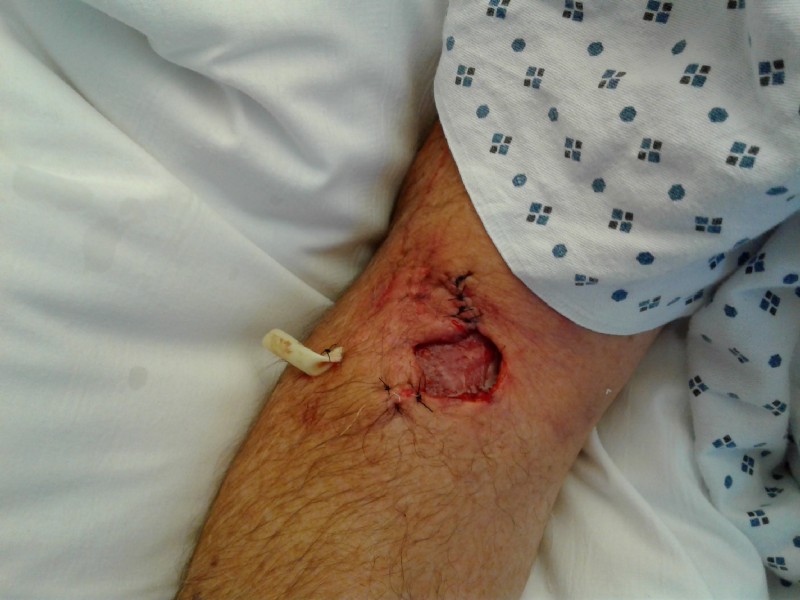 I still swim in Aquatic Park regularly, but only in waist-deep water — I’m not going to tempt fate and roll the dice a second time. That sea lion could have shredded my arms, my legs, my face or my neck with little effort. At least by swimming in waist deep water, I don’t have to hope there are boats nearby; I can just walk or limp out of the water if another sea lion gets offended by me being there.

George Kourounis, intentionally stung by a box jellyfish, the world’s most venomous creature: I was in Port Douglas, Australia, hosting a TV series called Angry Planet. We were investigating some of the things in Australia that can kill you. (Spoiler alert, there’s lots.)

Intentionally getting stung by a box jellyfish — the world’s most venomous animal — was pushing the envelope and probably not the smartest thing I’ve ever done. But at least we did it under “controlled” conditions (meaning we would only sting my arm, and we had a general idea where the nearest hospital was).

Finding the jellyfish, though, was tricky because they’re almost invisible. Ultimately, we were able to gather up one by wading into the shallows during the peak season, and grabbing it from above, avoiding the tentacles. Once the camera was rolling, our local helper started to drag the jellyfish across my arm, and even started grinding the tentacles into my skin.

The sharp, stabbing pain was almost immediate. I tried to put on a brave face, hoping that I didn’t go into shock. I can’t imagine getting stung on the neck, face or other “sensitive areas.” The pain then started to ramp up and up, spreading up my arm. It’s a good thing that I naturally have a high pain threshold.

After a few minutes, enough was enough, and we poured vinegar over the site, which kills any remaining stinging cells but does nothing to ease the pain already inflicted. Surprisingly, an hour later, the pain was almost completely gone. It went from off the charts painful to completely gone.

Don’t, however, try this at home.