In the first installment of our new “What Makes Me a…” column, we asked 10 people what kind of behavior they consider jerk-ish. It turns out that jerks, like beauty, are very much in the eye of the beholder.

Kristeen LaBrot, Wedding Planner: Someone’s a jerk when they make the day all about them, not about them and their partner. For example, I had a wedding start two hours late because the groom felt like having a beauty treatment the morning of the wedding. The bride was in tears, stuck upstairs so no one would see her in her gown before the ceremony. Someone is also a jerk when they treat me like an unnecessary cost: I make suggestions on where to save and where to spend with their budget — a lot of times the savings is enough to cover my fee.

Lalo Fuentes, Personal Trainer: If you hire me as your trainer and then try to tell me what we’re going to do during our session, it’s not going to go well.

Holden Jagger, Chef: In my mind, it’s essentially impossible to be a chef at a restaurant and not be a jerk. I think the very nature of authority creates an environment that breeds jerks — kitchens are no exception. The long hours, the precision and the stress all cause young cooks to take on a tough veneer early in their careers. This protective shell only hardens as they age, each passing year growing thicker from fighting the pressures of management. I assure you that no one becomes a chef in the hope that they can one day write the schedules of 80 people or chase dishwashers down to remind them to take their breaks, but these are the realities of being a chef, and that reality can make a fresh-faced cook into a sullen drunk with little joy for anything other than a good bowel movement.

Aida Vazin, Family Therapist: As a psychologist, someone who doesn’t want to be there—whether their treatment was court-ordered, forced on them by a parent or the last resort for a couple on the verge of splitting up—is pretty much the worst kind of client. On top of the client already not wanting to be there, they’re going to feel like they’re just having some expert tell them how wrong they are — and feel judged, defensive and probed. It’s a really awful experience.

David Rae, Financial Planner: I hate it when people are late. I got here on time—why can’t you? 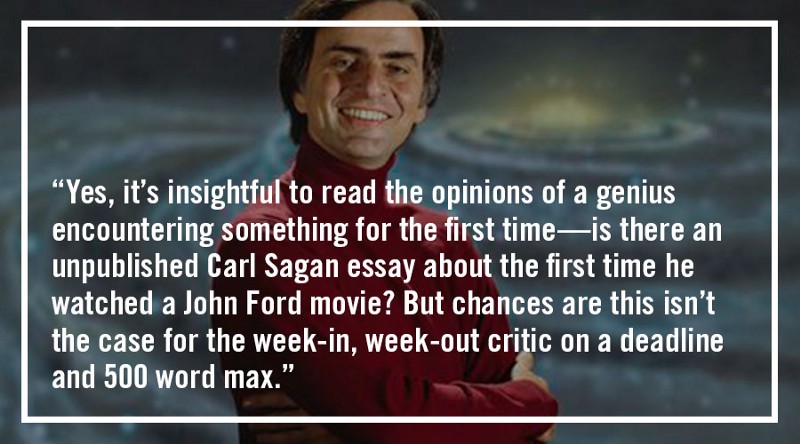 Jordan Hoffman, Film Critic: The one thing that makes me bonkers is when a critic gloats about their ignorance. Stray, boastful remarks about not seeing the original, or having never seen a movie by an essential director until this latest one, or just being an underinformed novice in general. There’s a mentality out there with some writers that dropping into this role with zero knowledge of art theory or basic film production or even a tenuous grip on “the canon” is cute: It’s not.

Would anyone want to read a food critic who swaggered around like a tough guy, exuding shruggie emoticons and saying, “I’ve never eaten catfish before, but, whatever, here’s my take on Cajun food?” It might be funny, but it would be meaningless.

Yes, it’s insightful to read the opinions of a genius encountering something for the first time — is there an unpublished Carl Sagan essay about the first time he watched a John Ford movie? But chances are this isn’t the case for the week-in, week-out critic on a deadline and a 500-word max. When “anyone can review movies,” the least you can do is put your back into it and show that you’ve put in a little effort.

Emily Lu Aldrich, Publicist: When someone doesn’t say, “Thank you.” Also, someone who takes themselves too seriously. Finally, someone who would write a long, condescending email responding to something instead of just picking up the phone to explain.

Maitland Ward, Actress: I eat salsa and guacamole at a Mexican restaurant with a fork. I know it’s a major multiple dip infraction, but I don’t always want the calories from the chips and I still want the condiments. In my defense, I only do it with family and good friends, but they still call me a jerk nonetheless.

Dave Sliozis, Stay-at-Home Dad: My full-time job is keeping my kid happy, healthy, entertained and educated. But without fail, whenever we visit a public park — and sometimes in an organized class environment — I find myself having to focus on someone else’s child. Far too often, I’ve had to corral my independence-seeking 17-month old as well as trying to keep another wobbly-legged child from falling off playground equipment while his or her parent gabs with others or swipes on their phone nearby. If you think everyone out there is happy to watch your kid plus their own, that makes you a jerk.