I have a friend whose now-ex-boyfriend had an elaborate ritual he performed after taking a dump. She affectionately referred to it as “a** rag.” He kept a bag under the sink with a special washcloth in it. After wiping with toilet paper, he’d take out the rag, wet it with soap and water as hot as he could stand, and get in there to get the job done right. And while it seems like a lot of work to keep a special rag under the sink clean enough to not defeat the purpose here, he’s not wrong. Toilet paper doesn’t really clean your butt, so why do we still use it?

In short: Because many of us are still weird about water sprayed in our butts. At least, that’s the conclusion of this piece at Vice looking at the fact that Americans are bafflingly anti-bidet, in spite of the fact that it’s theoretically more hygienic, and most everyone else knows this and has known this for some time.

Bidets are a hands-free way to spray your genitals to cleanliness, meaning you don’t have to touch your butt so much when you wipe. If some 80 percent of all infectious disease is spread through human contact, and only half of us wash our hands after going to the bathroom, you do the math. Bidets are better — and using them could save 15 million trees annually. We certainly do other bidet-like things to get the bidet feelings without the bidet — some people use wet wipes. Some people plan showers around going №2, effectively working in a bidet experience as part of general hygiene. And then there’s A** Rag, who may or may not represent an untold number of Americans.

Yet, even as we’ve come around to the fact that we’re pooping in the wrong position, we seem like the last country to the clean-up party: Some 90 percent of some European countries (Spain, Greece, Italy) and over 70 percent of Japanese households wash their butts with water, Vice notes. Yet, a survey they cite from the National Bath and Kitchen Association discovered that 53 percent of Americans are flat-out not willing to use a bidet.

Why? One: They argue we inherited our association of bidets with ill repute because Englishmen discovered them in Paris while consorting with prostitutes, and American soldiers in World War II drew the same conclusion. Two: Genital washing was thought to once be an effective method of birth control because it disrupts the microflora of the vagina, which makes Americans skittish, and even though they have not been tied any danger to pregnancy, that association lingers. Three, given all the above, we never took the logistical steps to make bidets America-friendly, and our plumbing remains organized around the traditional flush, though not all bidets require ripping out the existing structures.

There are some signs that we might be finally warming up to bidets, though, at least within certain demographics. People with hemorrhoids, urinary tract infections or any rashes are understandably big fans. Bidets are great for elderly folks with arthritis or anyone for whom mobility is an issue. And because they are novel and fancy-seeming and some of them include an air-drying feature, they have become more and more ubiquitous at upscale spas that often include air-drying, making them now synonymous with luxury in some circles.

But most importantly, bidets mean no longer dragging dry paper across your skin and hoping for the best. “I find it rather baffling that millions of people are walking around with dirty anuses while thinking they are clean,” Rose George, author of the book The Big Necessity: The Unmentionable World of Human Waste and Why It Matters, told Vice.

“Toilet paper moves sh*t, but it doesn’t remove it,” George continued. “You wouldn’t shower with a dry towel; why do you think that dry toilet paper cleans you?” 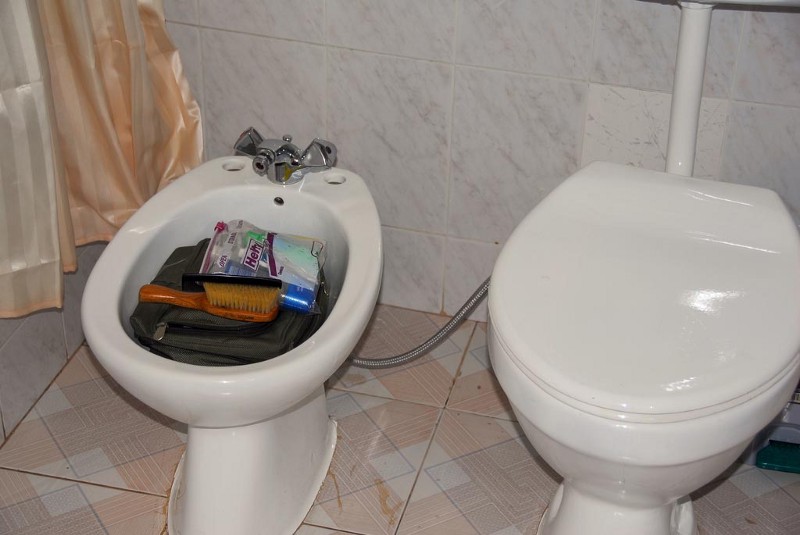 This dry towel analogy is also what marketers at Kohler use to sell bidets, Farhad Manjoo notes at The New York Times, explaining that the Japanese tried to get Americans on board with bidets in the 1990s but found that we weren’t “culturally prepared” to discuss them. Manjoo reviewed a Kohler Veil C3 for the piece, calling the experience “glorious.” And why wouldn’t it be? It’s a shower for your butt.

Shameless Plug
WHILE WE'RE TALKING ABOUT BUTTS... Keep Yours Ultra-Clean with One Wipe Charlies Now, back to more butts

“What lies behind our general discomfort with moist butt-cleaning?” Slate asked recently in a piece about bidets. “Do we feel that dry toilet paper is properly penitent — a fair punishment for our nasty, corporeal doings? Is it that we’re embarrassed to devote special attention to this part of our bodies? That we feel it’s weird or deviant to expend additional time, or money, or effort tending to our backsides? Is it that we’re ashamed to let others see our bidets, as this would imply that we do indeed have anuses and that they are occasionally subpristine?”

Maybe. In spite of all this bidet-aversion, eco-conscious site Tree Hugger once claimed 2017 was the “year of the bidet,” noting that Japanese bidet maker Toto, who says they sold 40 million bidets at the time, was launching a campaign to advertise here during that spring. Which means you may soon find yourself feeling the capitalist urge to take a dump, and then drop $1,200 on an experience so pleasurable that it doesn’t even require a wipe, much less a butt rag.